Immerse yourself in ‘There There’ and be changed 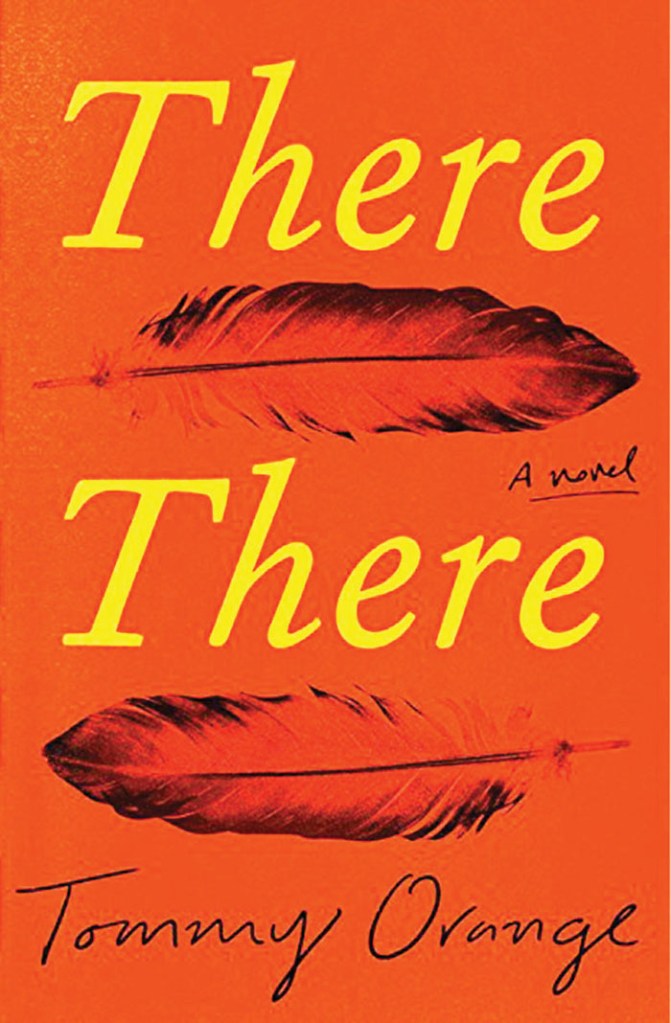 Stunning. Tommy Orange’s bleak world in “There There” comes alive in tales of modern-day Native Americans in Oakland, California.

Each character is some part Native. And each is scarred. They live in a world of alcohol and drug addiction, gangs, poverty, dead-end jobs or no job at all. Families, if they exist, are completely dysfunctional.

Few children have two parents — usually because Dad is a drunk. Few children know who they are, or what Native American means, or how that’s supposed to affect them.

They know little to nothing about Native culture. They are outsiders; their skin is the wrong color. Teachers assume they’re stupid. Mixed marriages leave people hurt, water down any attempt to retain heritage.

These Native Americans feel that everyone just wants them to go away. They live in a subculture of socio-economic limbo, in rundown rentals, in neighborhoods where violence is simply the norm.

Did you ever wonder why some Native people have colors for last names? Native Americans don’t have surnames, but the federal government insisted they had to. Sometimes, they were grouped into colors. White, Orange, Red, Blue, Black, Green. Or they were given names of the people who suppressed them, Anglo names.

This comes in the shattering prologue, where Orange tells a brief history of Native Americans, how babies were ripped from wombs by white settlers, from brutality to brutality, to ignorance, to erasure. Tommy Orange is an enrolled member of the Cheyenne and Arapaho tribes. Many Natives have no idea what their tribal ancestry is.

Native Americans — or as we mistakenly called them, Indians — were nearly wiped out by attempts to move them, to force them off their ancestral lands. Many were slaughtered, like the buffalo. But that is another story that still has no resolution.

“There There” is written from the perspectives of numerous people, old men, aging women, young people, damaged people, lost people. Orange ties all their pieces together in pivotal chapters that happen at a big powwow in Oakland. Parents meet children they never knew about, children meet parents they thought were long out of their lives. One boy fully immerses himself into his Native-ness, where he feels at home. One lost young man is plodding along steadily in a new direction after years of isolation.

Orange mostly writes about males, but there are a few women he focuses on. They are as lost and confilicted as the men. One is an alcoholic; another is a grandmother who wants no contact with her grandchildren — she’s afraid of the damage that could be done.

Throughout it all, it feels so genuine, as if Orange has been inside the heads of all these people. Perhaps all these people are inside his head, parts from people he’s known or stories he’s heard. For a debut novel, “There There” feels like it comes from a writer at the top of his craft.

It’s incredibly sad to think how many more Native people are suffering like these characters. Fiction isn’t ever stranger than truth. The writing is beautiful. Orange uses prose like an extended ode, with the thoughts of even the most messed up people full of deep meaning that will reach into the reader’s heart.

Thomas Frank has a drinking problem. And an identity problem.

“The chip you carry has to do with being born and raised in Oakland. A concrete chip, a slab really, heavy on one side, the half side, the side not white. As for your mom’s side, as for your whiteness, there’s too much and not enough there to know what to do with. You’re from a people who took and took and took and took. And from a people taken. You were both and neither. When you took baths, you’d stare at your brown arms against your white legs in the water and wonder what they were doing together on the same body, in the same bathtub.”

That thought is echoed by many of the characters, but Orange does it once with eloquence, and your understanding expands into a new realm.

He writes of Orvil Red Feather, with his brothers, Loother and Lony. People always make fun of how their names are spelled. Lony does not rhyme with pony, Orange writes.

They are directionless, being raised by a great aunt they call Grandma, who has a steady, if boring, job. She has to stick to a straight, dull path. That’s how she survives. The boys make it up as they grow.

Orvil is the only one who feels something stirring in his blood. He finds old Native regalia in his Grandma’s closet and teaches himself to dance through YouTube videos. The dance is what he needs.

“To dance as if time only mattered insofar as you could keep a beat to it, in order to dance in such a way that time itself discontinued, disappeared, ran out, or into the feeling of nothingness under your feet when you jumped, when you dipped your shoulders like you were trying to dodge the very air you we suspended in, your feathers a flutter of echoes centuries old, your whole being a kind of flight.”

There’s something heartbreaking in that passage. Orange does it again and again, filling us with sadness for these forgotten, ignored people, giving them dignity and somewhere, deep within, a possibility.

As you read chapter after chapter, the sense of impending tragedy rises. But you can’t stop reading. You must know what comes next.

Orange plays it out almost scene-by-scene, moment-to-moment, from multiple perspectives of the people he has created, to make it excruciating and fascinating at the same time. To grab you by the throat and hold on for so long, you feel almost suffocated, held in time, like the dancer.

When the book ends, there is much to consider. Much to remember, pieces still to put together. And you will thank Tommy Orange for what he has done to you, for you. For all of us, together.

Doug Creamer: Serving where He has us