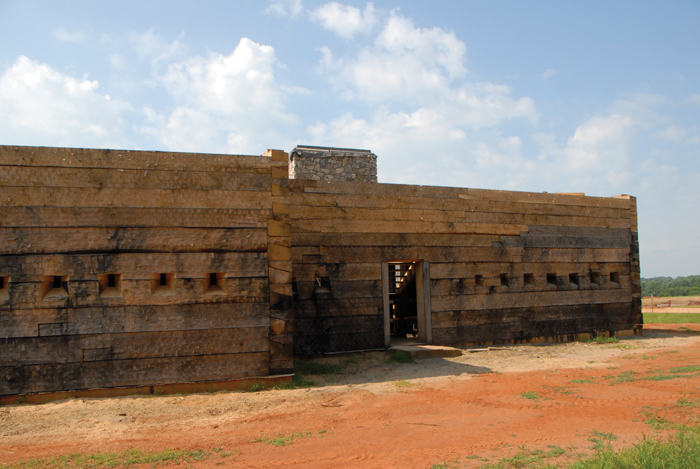 STATESVILLE — The fort that guarded North Carolina’s western frontier 260 years ago is once again watching over the landscape of Iredell County. Fort Dobbs was originally completed in 1756 to house soldiers defending the early settlers of the piedmont from attack during the French and Indian War. After the conflict, the three-story high timber structure was allowed to crumble and rot away. The historical site was preserved, allowing archaeologists to learn about the fort and provide the information needed for a reconstruction.
The reconstruction project was launched in late 2016 as a public-private partnership between the Department of Natural and Cultural Resources and The Friends of Fort Dobbs support organization, and is the culmination of more than a decade of research, design, and fundraising efforts. Two full stories of the building have been completed, with only one more floor and the roof to go. Scott Douglas, manager of the historic site, says that the 8,000 square foot replica fort should be open to the public in the spring of 2019. Tours of the fort will allow visitors the opportunity to experience life in the 1750s.
To learn more, call 704-873-5882. Fort Dobbs is located at 438 Fort Dobbs Road.