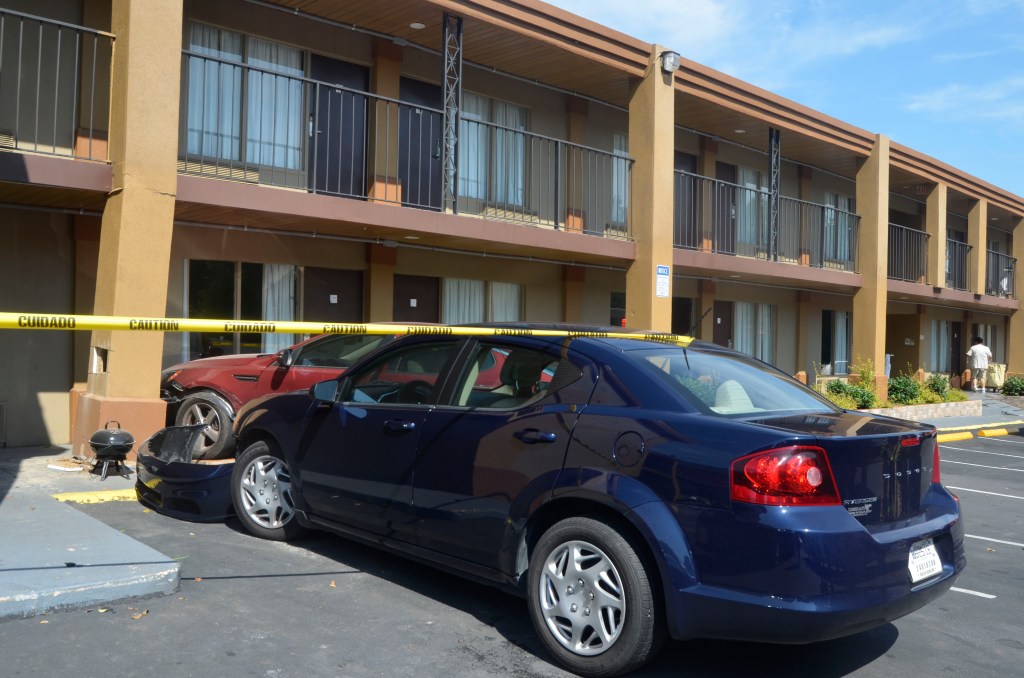 Salisbury Fire officials said the driver of the burgundy vehicle accidentally hit the gas instead of reversing, striking the blue vehicle and hitting a column at the Econo Lodge. The column was not a load-bearing column and the rest of the building was not damaged. One person was taken by ambulance to the hospital with minor injuries. Shavonne Walker/Salisbury Post

SALISBURY — A driver was injured Thursday morning after accidentally striking a column outside the Econo Lodge motel and hitting another vehicle.

The driver of a burgundy Kia Optima hit the gas instead of the brake and struck the nearby column as well as a blue Dodge Avenger, according to Salisbury Fire Department Battalion Chief Nick Martin.

He said the column was more for aesthetics and was not holding any weight of the second-floor landing. However, the city’s building inspector was expected to confirm that there was not structural damage.

Firefighters cut into the column to make sure the column was not load-bearing, Martin said.

Fire officials evacuated motel guests on the first and second floors in the area of the damage.

The driver was taken by ambulance to Novant Health Rowan Medical Center with minor injuries.

The collision did not damage the building but did do some damage to the parked Dodge.