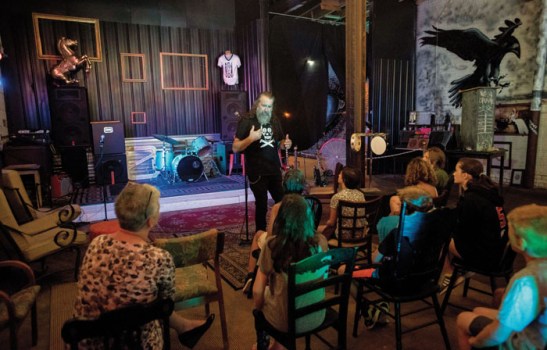 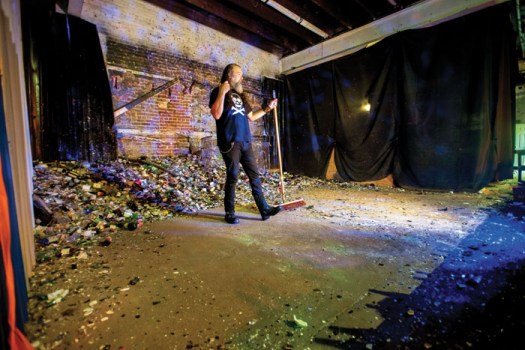 Tim Demers sweeps up a spot in front of the pile of glass shards in the break room. Jon C. Lakey/Salisbury Post 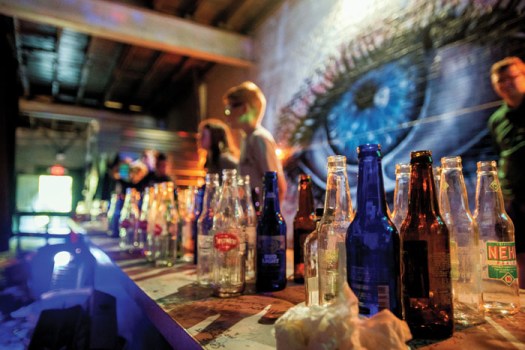 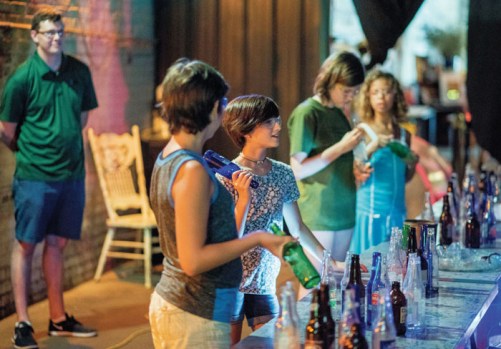 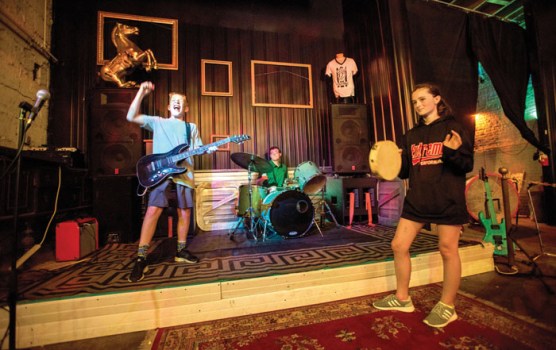 SALISBURY — The way the bottles break against the brick walls of Grievous Gallery sounds a little bit like music.

Usually, the venue — which allows visitors to release their emotions by breaking bottles and plates — caters to late-night crowds or groups of adults. But on Tuesday morning, it was full of teenagers.

Frustrated with physical therapy, speech difficulties and other complications from the injury, Demers told the campers, he found relief in breaking bottles behind his house. With each shattered piece of glass, Timothy said, his anger receded and he began to feel more clear-headed.

“Anger is a very, very strong emotion,” he said Tuesday. “It can be good or bad — it depends on where you are and how you use it. …When we’re angry, or when we’re holding anger, it takes up a lot of space.”

In addition to sharing his own story, Timothy encouraged the group to find healthy, constructive ways to release anger, sorrow and other emotions that might distract them from being “right here, right now.”

Each student received a glass plate and a row of soda bottles. Demers encouraged campers to scrawl their worries on the clear glass with a permanent marker. Then, they went to the back of the gallery and took aim.

Campers broke bottles against the hard concrete floor, the brick wall, and pieces of metal or wire mesh with spikes. As the glass shattered and piled up at the wall’s base, Timothy encouraged campers to yell if they needed to.

Learning to recognize and release negative emotions in a healthy manner is a lesson that’s especially important for this age group, Whisenant said.

“Middle-schoolers are not starved for emotion,” he said.

The trip was a hit with students, as well.

Powers attended the camp last summer and said he enjoyed it so much he wanted to come back for a second year.

For other students, Grievous Gallery offered an opportunity to do something they’d always wanted to do.

“When I get angry, I want to break stuff,” Knox Middle School student Emiliano Reveles Garcia said. “But when I’m at home, I can’t.”

For him, Tuesday was a unique opportunity.

“It’s really cool that I can break some stuff,” he said.

Katie Peeler, also a student at Knox, said she likes to use art to express her emotions.

“No one will judge you for it,” she said.

While Tuesday’s experience was a new one, Peeler said she was quickly hooked.

“When you hit the wall, (the glass) made that satisfying sound and it made you feel really good,” she said.

Students also had a chance to look at the artwork decorating Grievous Gallery and to express themselves through music. Whisenant and Demers hope that campers will leave Grievous Gallery having learned an important lesson.