Leonard Pitts: ‘Nothing that boy did could ever justify what happened’ 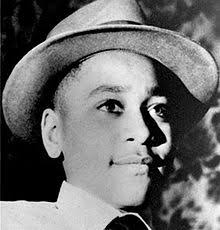 “Nothing that boy did could ever justify what happened to him.”

So says Carolyn Bryant Donham in historian Timothy B. Tyson’s 2017 book, “The Blood of Emmett Till.” You keep hoping for more, hoping to hear her wrestle with her crime, explain how she could have done what she did — and how she lives with herself now.

But in the end, the admission is all she gives, the only glimpse you get into how she views her role in one of history’s signature atrocities, the brutal lynching of a 14-year-old Chicago boy who supposedly got fresh with her one fateful day in her family store in the nothing town of Money, Mississippi, and the acquittal of his killers, Donham’s husband and his half-brother.

“Nothing that boy did could ever justify what happened to him,” she says now, as if that hasn’t been glaringly obvious for 63 years, ever since Till’s bloated, mutilated corpse was fished from the Tallahatchie River.

Still, her words are historic. This is apparently Donham’s first public statement on the notorious case since right after it happened. In the book, she also recants the most explosive part of her 1955 accusation — that Till cursed at her and grabbed her, his brown hands transgressing her white purity. Last month, apparently because of this revelation, the Justice Department opened a new investigation.

Me, I don’t care one way or the other if Donham goes to jail. But I’d love to see her be required for the record to finally grapple with what she did. Who knows? It might inspire America to do the same.

That there is a need for this is evidenced by the fact that someone keeps shooting up a sign on the riverbank marking the spot where Till’s body was found. As noted in this space at the time, a student filmmaker found it pocked with dozens of bullet holes back in 2016. The marker was replaced in June. This week comes news that someone has already put new holes in it.

Understand: You’ve got to go through some trouble to shoot up this sign. According to The Washington Post, it lies in an isolated spot two miles down a gravel road. Obviously, someone has a grudge against it. Apparently, the truth it tells is still red and raw even now, 23,000 days after the fact.

Granted, that truth is awful. Meaning that America regularly condoned — and, yes, condones — the extralegal killing of black children. Many of us are unwilling to face truths like that, as in a study by the Public Religion Research Institute, quantifying that most Republicans do not believe significant racial discrimination exists. Which is sad.

This will be a better nation the day we stop lying to ourselves about who we were and what we are, the day we own up to the blood shed, bones splintered, sins committed and calumnies told to make America “great,” the day we finally find the guts to admit what happened to Emmett, and to Trayvon and Tamir — and why.

I don’t expect “justice” if Donham ends up in court. She has lived into her 80s. Emmett Till is a teenager forever. So there can be no justice.

But truth would be nice.

Problem is, for some people, it would be frightening, too. Why else, after 23,000 days, does anyone feel compelled to go two miles down a hard road to shoot up a sign that speaks only historical fact? In the process, they turn a reminder of what America was into a monument to what America too often is, a nation unable or unwilling to own up to itself.

The octogenarian who lied Emmett Till to death is an icon of that failure. “Nothing that boy did,” she says, “could ever justify what happened to him.” You keep hoping for more.

But even that took her a lifetime to say.

Leonard Pitts is a columnist for The Miami Herald. E-mail him at lpitts@miamiherald.com.