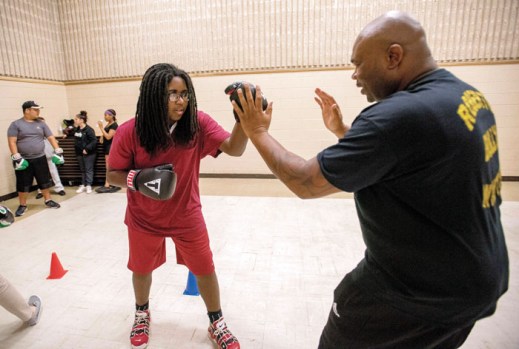 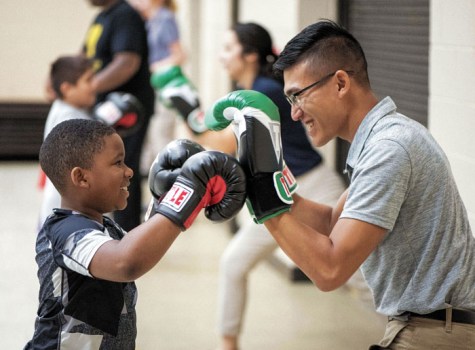 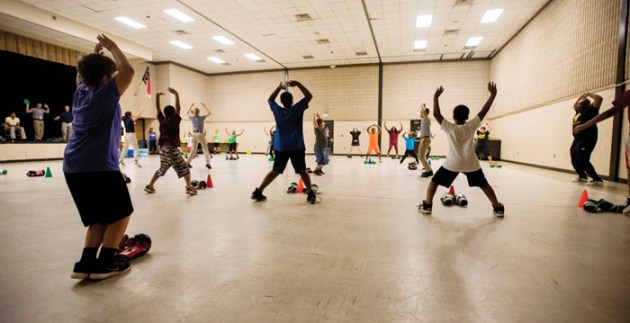 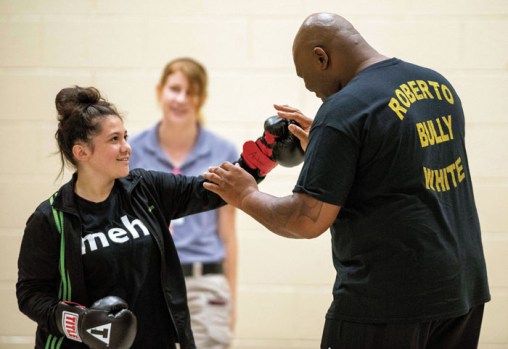 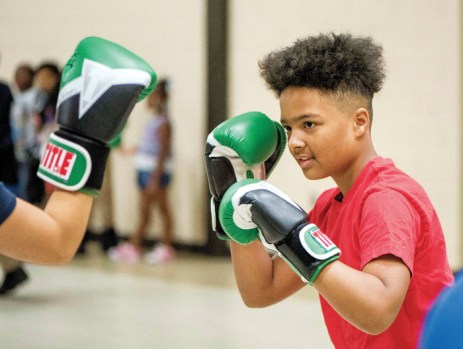 SALISBURY — His message is the opposite of what his nickname suggests.

Professional heavyweight boxer Roberto “Bully” White, who is a national speaker and mentor for youth, established a two-week boxing camp after hearing about the violence that has plagued his hometown.

The free camp, which started last week and ends Friday, is in partnership with the Salisbury Police Department. Campers ages 8 to 15 meet at the Salisbury Civic Center on Martin Luther King Jr. Avenue.

All meals and snacks are provided by Rowan-Salisbury Schools and Meals on Wheels.

“It was amazing that I got to meet a famous boxer,” said Andre Rossetti.

The 13-year-old was signed up for the camp by his mother and attended with his brother, Jordan.

Rossetti said he made new friends and would love to continue boxing for fun.

“I hope to come back to this camp again,” he said.

Samirah White-Blackwell heard about the camp after seeing a flier at the Salisbury Recreation Center. She enrolled her three children — Javon, Isaiah and Destiny. White-Blackwell said they all want to continue boxing.

“It’s an awesome collaboration,” she said of the partnership between police and White.

“It’s a blessing that he would take out the time to sow into these kids. He invested in these kids’ future. I’m excited they had an opportunity. It was an awesome experience,” White-Blackwell said.

She decided to stick around for one day of camp to see for herself what techniques her children were learning. She even sparred with one son, and at the end of the round, they were both laughing.

White moved to Salisbury when he was in the seventh grade. He said Salisbury was different then.

“The worst you could do was stay out late,” White said.

White lives in Las Vegas but heard about the shooting of A’yanna Allen, who was killed in December 2016 when someone fired gunshots into her grandmother’s house. He got a few ideas from friends who live in the community.

White said he wanted to partner with local law enforcement in hopes it would promote a positive interaction between officers and youths. The goal is to get the youths to interact with other children they may not already know.

During the camp, the youths are learning the basic techniques of boxing. They do warm-ups and boxing drills, use jump ropes and afterward “burn up some energy” with a game of dodgeball or other indoor activity.

White set rules that included no sparring against each other. The only person the youths can “punch” are the gloved hands of volunteers. They also can strike the air.

White purchased all the gloves, jump ropes and bags that each camper and volunteer used. Campers will get to keep the equipment. White even autographed the gloves.

He hopes to continue the camp each year.

Miller, who is a school resource officer, regularly interacts with youths, but he said this was an opportunity to see community policing in action.

“What better way to do community policing than to reach youth,” he said.

“I believe in the years to come, these kids will remember this,” Miller said.

Bryan Rosado, 13, said he usually takes part in football and church camps during summer. He’d never thought about learning to box and now hopes to pursue the sport.

“My mom found it on Facebook and signed us up,” Haley said.

She said she and her siblings loved the camp on the first day and returned.

Later in the summer, Haley and her sister will attend a coding camp.

Antonio Houston, 7, who earned the nickname “Mayor of Salisbury” while at camp, said he has enjoyed his time there.

Elizabeth Graham, who will begin basic law enforcement training in a few weeks, said she likes the idea of the opportunity to reach youths whom she could build relationships with as a law enforcement officer.

“I’m passionate about kids, and I think police officers can make a difference in a child’s life,” she said.

There are a few more spaces available. Parents can sign their children up for the camp by calling the Salisbury Civic Center at 704-638-5275.

This Saturday, White will have a boxing match at West End Plaza featuring White and fighters from Cuba, Mexico and Las Vegas. Tickets can be purchased at Thelma’s Down Home Cooking, 1935 W. Jake Alexander Blvd.