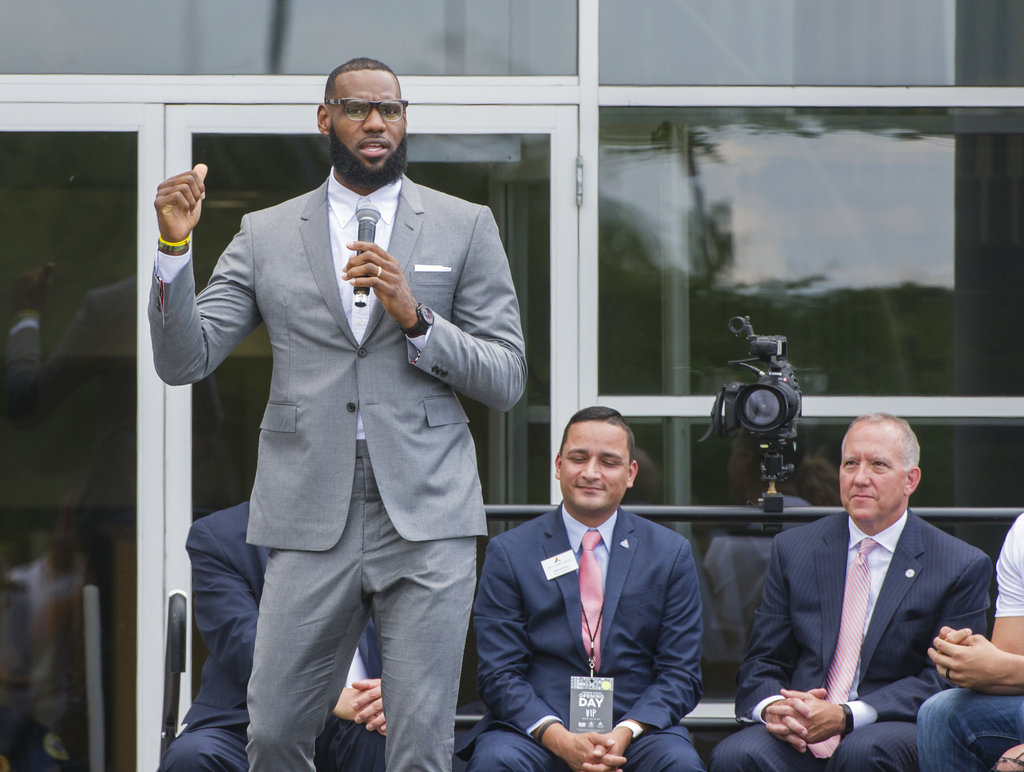 Dear Mr. President, “Would you take this advice I hand you like a brother”? It’s a song lyric from the musical “The Pajama Game,” but fitting here.

There is a way you can hang onto your base, keeping them engaged, energized, without the constant Twitter assaults on those who criticize you for attacking them. If you lowered the rhetorical temperature, you might just add numbers to your support going into the midterms and beyond.

As a businessman, you have focused on results. You often brag about your success in dealing with members of the opposition party in New York. Why don’t you borrow from that strategy as president? Americans may dislike sore losers, but they hate braggadocios winners even more.

As one who admires your policies but thinks you can do better when it comes to your demeanor, I offer you the following suggestions I hope you will take to heart.

Let’s start with your recent tweet criticizing basketball star LeBron James. In a CNN interview with Don Lemon, James blamed you for using sports to “divide the country.” Here you scored a twofer, slamming James, but also calling Lemon “the dumbest man on television.”

James had spoken earlier in the interview about a school he recently helped open in his hometown of Akron, Ohio. The school helps at-risk children get a better education and James’ philanthropic foundation is working hand in hand with the city’s public schools to improve the prospects of disadvantaged students. It’s a noble and necessary effort.

What did criticism accomplish?

Instead of blasting James and Lemon, you should have invited James to the White House, along with some of the children he is helping. You might also have invited parents of those children trapped in failed public schools, and then taken that opportunity to promote your school choice ideas. You campaigned on school choice and asked African Americans why they keep voting for Democrats when that party has done little to help them rise above their circumstances.

What did your criticism of James and Lemon accomplish? Was anyone’s mind changed? It is possible to win a debate but lose an argument, public perception often being the determining factor in how people vote.

Here’s another suggestion. You promote the low unemployment rate and the new jobs that have been created since you pushed for tax cuts and industry de-regulation. As you campaign for congressional candidates, why don’t you bring forward people that could not find a job during the previous administration, but now, because of your policies, are gainfully employed and grateful to you? Then you can make the point that if Democrats win back a majority in Congress, they will return the country to the policies that stifled job and economic growth.

By proceeding with this positive agenda you put Democrats (and socialists within and outside of that party) on the defense. Instead of the opposition focusing on your personality, they will be forced to focus on your policies, the success of which they cannot credibly deny (Nancy Pelosi’s denunciation that large company bonuses were merely “crumbs that they are giving workers,” notwithstanding).

There are other ways you can promote a positive agenda with an upbeat attitude while avoiding demeaning and demonizing your opponents. There is no better way to make them look bad and petty than for you to look good and gracious.

Try it. You will shock and surprise everyone, most importantly your critics.

The song lyric quoted above about advice has the lead character asking “…or is it all going in one ear and out the other?”

I hope that’s not the case with this advice, Mr. President. Sincerely.

Editorial: Parades can evolve, too