Editorial: Parades can evolve, too 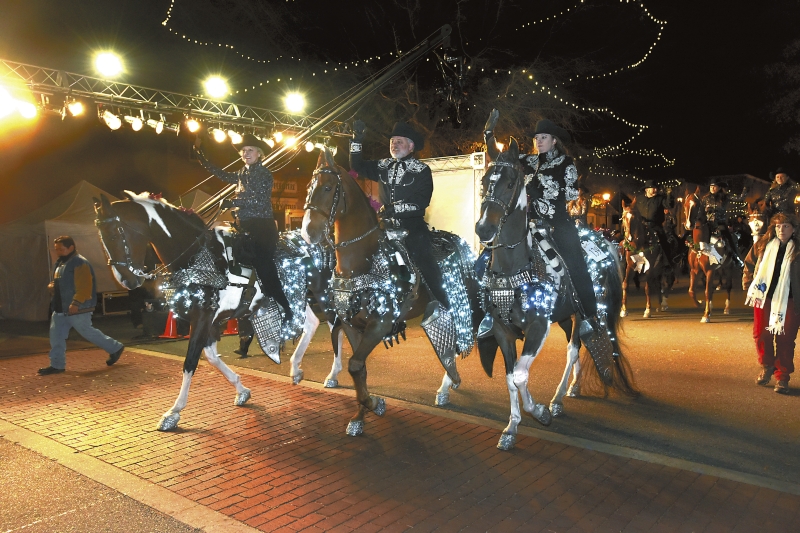 Beautiful horses with white light decorations in the Kannapolis Christmas Parade. photo by Wayne Hinshaw, for the Salisbury Post

The Holiday Caravan board’s decision to stop putting on the annual Thanksgiving week parade for Salisbury and Spencer came as a shock last week. It may not be all that unusual, though, for a community parade to change hands, so to speak. Though the situation was quite different, Kannapolis also changed management of its Christmas parade in recent years.

The Cabarrus Events Association managed the Kannapolis parade for years.  City government took it over starting with the 2017 parade for several reasons, according to City Manager Mike Legg.  “There were a few minor disagreements in more recent years between CEA and the city on operational issues but, honestly, those were not that big of a deal and we worked through them,” Legg said.

The bigger impetus for change, he said, was Kannapolis’ major downtown revitalization, a project that began with the purchase of property from owner David Murdock and development of a plan for a new downtown, complete with baseball stadium. “The city’s leadership felt that if we were going to be spending the kind of time, energy and money on this larger effort, we needed to also manage all of the major special events occurring downtown,” Legg says. The city and Cabarrus Events Association explored ways they might co-manage the parade but ultimately decided a clean split made sense.

“As a result, we reorganized our Parks and Recreation Department to handle this and most current and future events downtown including the parade,” Legg says. “Once the downtown streetscape work and the new ballpark are completed, we will be managing and promoting it all as a new park/entertainment focal point with our Parks and Rec Dept. managing and programming the current and under-construction parks and open spaces that are part of the project.”

Kannapolis and CEA still partner on some events, Legg says. No one burned bridges. The Holiday Caravan story involves more drama, but the focus now is on what comes next for the Spencer and Salisbury parade. Being under new management is a fact of life for many ventures.