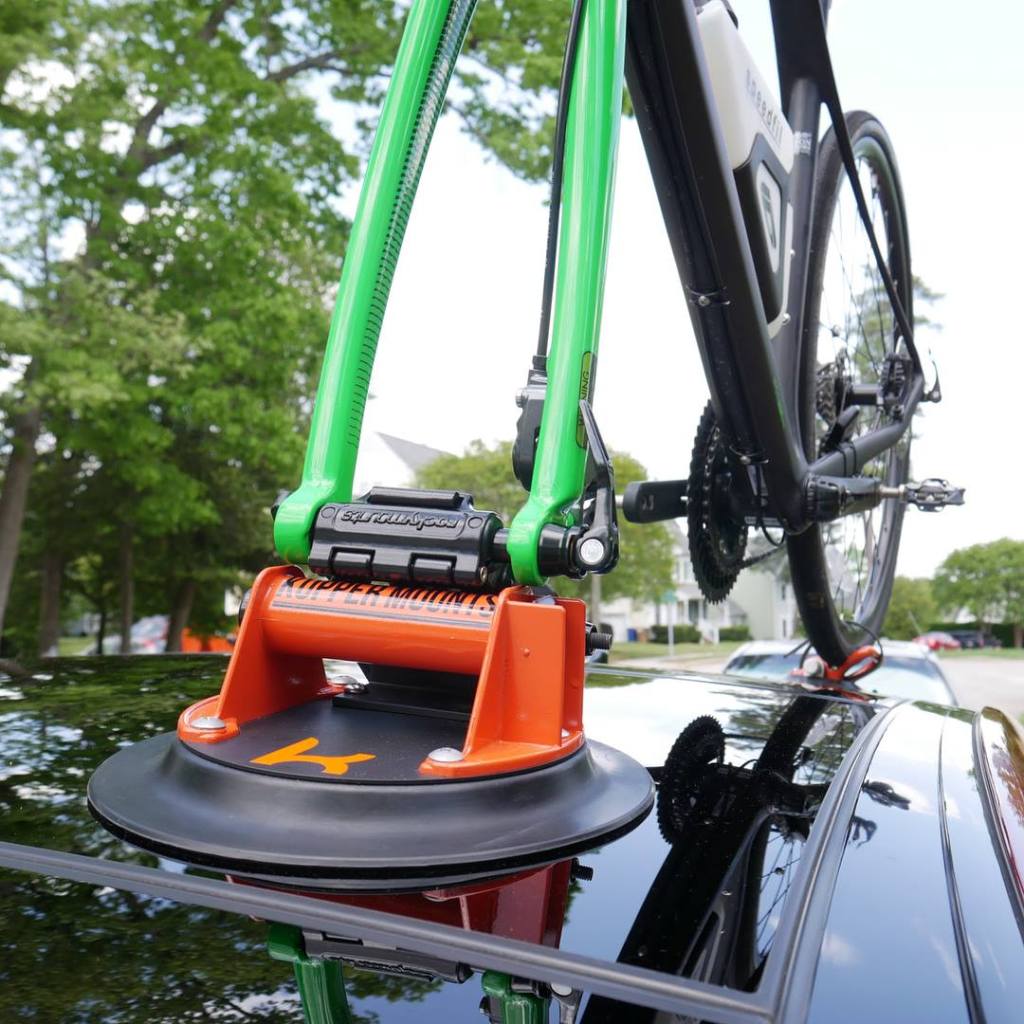 Submitted photo. A Kupper Mount and bicycle attached the the roof of a vehicle

When he was a student at East Rowan High School in 2005, Andrew Jarrard never imagined himself as an inventor. Once he ventured to N.C. State University, things changed.

He began taking classes in engineering, where he was always inventing and problem-solving. He also took entrepreneurship classes, exploring different business models. With a love for innovation, Jarrard graduated with a degree in mechanical engineering.

Jarrard also found a passion for biking while in college. When he decided he would like to take his bike to the beach or the mountains, Jarrard began to look at options for transporting his equipment. According to Jarrard, all of the options were too expensive or bulky and ruined the appearance of his car.

“Roof racks are a really expensive commitment,” Jarrard said. “I’m a car guy. Most of the time you aren’t using the rack and it hurts your gas mileage and the aesthetic of your vehicle.”

Jarrard knew there had to be a better way to transport his bike.

While sitting in a parking lot one day, Jarrard saw a windshield being replaced using large vacuum suction cups to lower the glass into place. He realized he could use that technology to mount a bike to a car.

“I thought, ‘That’s a really good idea, I wonder how strong those are. I bet those could hold a bike,’ ” Jarrard said.

Jarrard went to automotive specialty stores and glass stores to find what suction devices they were using to replace windshields. He began to test those in prototypes to try and find a solution to traditional bike racks.

Combining his love of biking and innovative skills, Jarrard produced the world’s smallest bike carrier, so small it fits in a bookbag. His invention, the Kupper Mount, allows bikers to quickly and easily mount a bike to any vehicle. The device can be installed in less than two minutes.

Despite being compact, Kupper Mounts can hold both road and mountain bikes weighing up to 45 pounds. Jarrard says the mount works dependably in both extreme weather and temperatures.

“I have a reliable, strong product I’ve tested for thousands and thousands of miles” Jarrard said.

The Kupper Mount launched last Monday on Kickstarter, an online global crowdfunding platform. In the week since the launch, Jarrard has already received over $23,000 in presales.

Jarrard wants his product to make biking affordable and accessible to everyone. Long term, Jarrard’s goal is to sell directly to the public and bike shops. He hopes someday to build a team and grow the company.

“It’s the American dream,” Jarrard said. “ I want to continue to innovate and bring things to the world that people need.”

More information on the Kupper Mount can be found at https://www.kuppermounts.com/.