Why so few US babies? 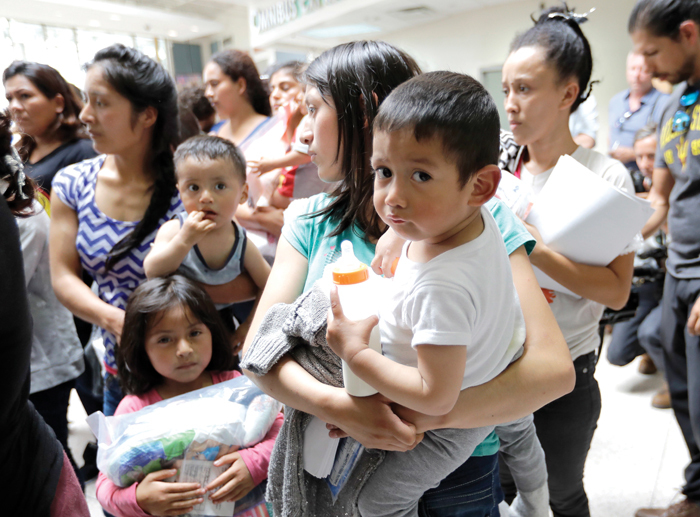 Houston Chronicle puts immigration in the context of the declining birth rate in the U.S.:

Women in America are having so few babies that the birth rate has hit an historic low, and that does not bode well for the nation’s future. Fewer babies now means fewer adults later to work, pay taxes, and make sure the country’s future remains bright.

The latest report by the Centers for Disease Control and Prevention says there were 3,853,472 births in the United States last year — the lowest number in 30 years. The nation’s general fertility rate was 60.2 births per 1,000 women ages 15 to 44, which represented a 3 percent drop from 2016.

Those numbers would be even worse were it not for America’s immigrant population. A study by the Pew Research Center shows 23 percent of all births in the United States in 2014 were to foreign-born mothers. About 275,000 of those babies were born to unauthorized immigrant parents, which was about a third of all births to foreign-born mothers that year.

Unauthorized immigrant women birthing babies on American shores may raise eyebrows among today’s throwbacks to the anti-immigrant Know Nothing Party of the 1850s. But today’s rabid nativists are just as misguided. Immigrants, unauthorized or otherwise, helped build this country when it was young and are needed now to keep it strong.

The assertion that immigrants are a drain on the economy is false, according an analysis by the Wharton School of Economics at the University of Pennsylvania. “Although immigrants increase the supply of labor, they also spend their wages on homes, food, TVs, and other goods and services and expand domestic economic demand,” said the analysis.

“Immigrants, whether high- or low-skilled, legal or illegal, are unlikely to replace native-born workers or reduce their wages over the long-term,” the Wharton researchers said. “Indeed, the experience of the last few decades suggests that immigration may actually have significant long-term benefits for the native-born, pushing them into higher-paying occupations.”

Look no further than Arizona for a lesson in how anti-immigrant policies can contribute to America’s baby gloom. Between 2007 and last year, the Grand Canyon State saw an overall 20 percent drop in births, from 103,000 to 81,000. A major factor in the decline, according to Arizona State University researcher Tom Rex, was a crackdown on immigrants entering the state illegally to find work.

Wider use of birth control and women waiting longer to have babies play significant roles in the U.S. birth rate’s decline. Welcoming more immigrants would help reverse that trend, but it takes smart political leadership to acknowledge that simple truth, which these days is sadly lacking.