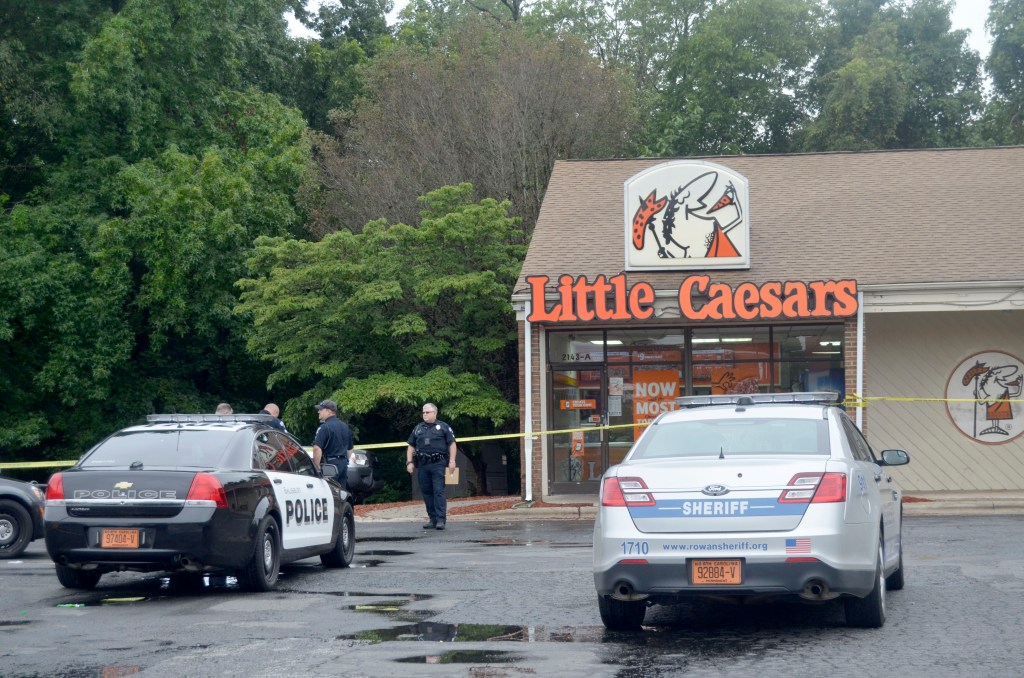 Salisbury Police are investigating the Friday morning armed robbery at Little Caesars, located on Statesville Boulevard. A manager was opening the restaurant just before 9 a.m. when he was cut on the arm by the suspect and forced to get money from the restuarant. He was taken to the hospital for injuries that were not life-threatnening. Shavonne Walker/Salisbury Post

SALISBURY — A Little Caesars manager was cut during an armed robbery at the restaurant Friday morning, but he is expected to be fine, Salisbury Police Chief Jerry Stokes said.

The manager was opening the store just before 9 a.m. when a white man believed to be in his 20s and wearing dark clothing approached him.

The man showed a knife and forced the manager into the restaurant and asked him to give him access to money.

The manager was cut on the arm, but his injuries are not life-threatening, Stokes said. He was taken to Novant Health Rowan Medical Center by ambulance.

The suspect left on foot. Police used a Rowan County Sheriff’s Office K-9 to search the area. The suspect has not been apprehended.

Police received the call at 8:43 a.m. The restaurant is at 2143 Statesville Blvd.