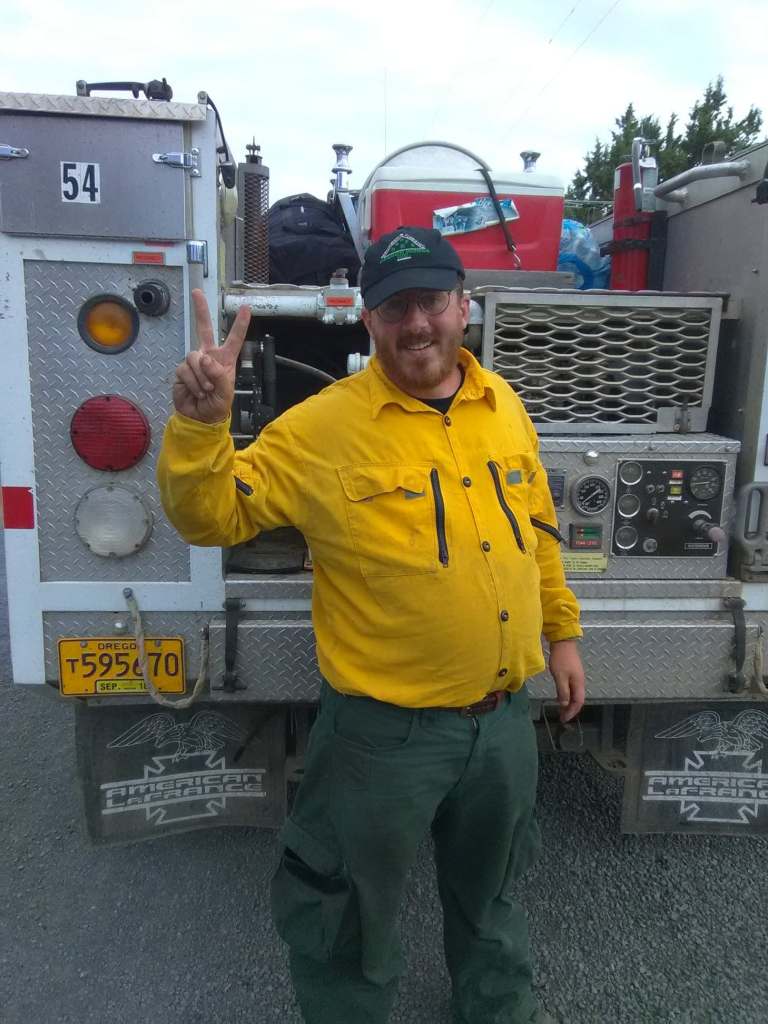 Submitted photo. Alex Green poses in front of a fire truck while fighting wildfires in California.

Alex Green has always wanted to be a firefighter.

During his training at a conservation center in Cherokee, he was a two-time gold student, going above and beyond to perform in the highest capacity.

To become a wild-land firefighter, Green had to pass a physical exam in which he was required to complete an arduous walk in less than 45 minutes while wearing a 45-pound vest.

“This is my dream job,” Green said. “Nothing makes me happier.”

Green, a Salisbury native, is now fighting the Carr forest fire in northern California. He said that after completing his physical exam, he was added to a federal registry that selects firefighters as needed when fire season starts.

Green was chosen to go to California through his involvement with Oregon Woods Inc. and has been there for more than a month.

More than 1,000 homes have been destroyed by the Carr forest fire. The California Fire Department website says the fire has destroyed 125,842 acres and is 35 percent contained.

According to Green, the fire is tricky and unpredictable.

“Sometimes it stays put,” Green said. “The fire is rapid-moving and, depending on the wind, it can go really fast.”

“You never want to be under that. It’s overhead and very dangerous,” Green said.

Green is the only firefighter from Salisbury in the area. He has been a wild-land firefighter for several years and has worked on several fires, including one of Oregon’s largest wildfires ever.

“These fires keep getting worse and worse every year,” Green said. “I love what I do, but we always say it’s going to get worse before it gets better.”