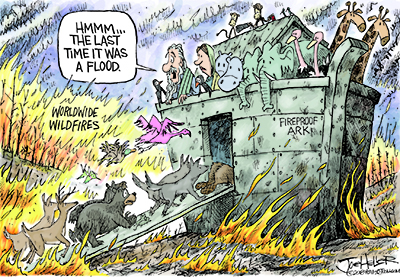 … A treasure to be polished: Ambitious plan laid out for Wil-Cox Bridge area

Several years ago, when a team from the N.C. Chapter of the American Society of Landscape Architects developed concepts for the bridge and surrounding area, the final report suggested several very attractive and feasible improvements for the Rowan County side. Even though the design charette was hosted and funded by TRIP of Davidson County, the host and participants appreciated the value of treating the bridge comprehensively.

Those design suggestions are still viable, should Rowan County want to move forward with completing a beautiful, user-friendly connection. Both counties will benefit.

Not a single Rowan County government entity has shown an interest in partnering with Davidson County on the Wil-Cox bridge except Spencer and Mayor Jim Gobbel. Mayor Gobbel is a member of the Wil-Cox Bridge Fort York steering committee and attends all of our meetings. He shares Davidson County’s vision for this park.

When the state of North Carolina was having dialogue about giving the bridge away, Rowan County pulled out, indicating that they were not interested. Davidson County stepped up, taking ownership of the bridge and the $2.5 million that came with it for upkeep. For over two years this committee has met regularly, making plans for a future park that includes both the bridge and the fort property.

Davidson County has laid out all of the money for the master plans and invested all of the planning to deliver its vision of a historical park to include Native American history, the famous crossings of Washington and Greene, the bridge history and fort history.

We made many attempts to be inclusive and invited various Rowan County entities to our meetings. At no time during that period was any interest shown to be included or partner with Davidson County. There has been no “snubbing.” There reaches a point when being told no over and over that you have to move forward with your vision even if you are alone in that endeavor.

Thank you, Mayor Gobbel, for being involved and sharing our vision.

It’s good to see various nonprofits and governments come together to preserve this part of our local history.

Agreed. I hope Rowan County steps up and develops something on the south side. Tourism Authority has plenty of cash in its coffers.

The Holiday Caravan has been a tradition in Rowan County each year for children of all ages. As a little girl, I would watch the parade and look forward to seeing Santa at the end. As a young adult, I actually worked on the parade with the Salisbury-Rowan Merchants Association. When I had children of my own, I would take them to watch the parade at Dr. Crawford’s office. I am so sad.

I cannot blame the board for their decision. This exemplifies the problems in the U.S. right now. Thank you so much for all of the great memories from the parade. It is just unfortunate my grandchildren will not be able to attend this wonderful event.

All you had to do last year was let those children (from PFLAG) ride in the parade. I am sure over the years there have been exceptions made.

I totally support the Perrys’ decision to cancel future parades. They had the right to do so for any reason.

Personally, I would have allowed the PFLAG people in the parade, but I also support private organizations’ right to run their event the way they see fit. When you can’t respect that, then you run the risk of division.

Is a children’s Christmas parade the appropriate venue for anyone to flaunt their sexuality, be it straight or gay? Isn’t this why there is a Pride Day?

If you’re that concerned about flaunting sexuality, you might want to address some of the dance troupes. I was taken aback by the blatant hyper-sexualization of very young girls dancing in last year’s parade.

This is really sad. Why not let an LGBT float in the parade? And who cares if the pharmacy had a couple people with rainbows on? Big deal. Parades are for fun, for everyone.

And a gay relationship is more than just sex. If a wives’ group had a float, would you complain it was “sexual”? No. Well gay relationships are the same. Some folks need to learn that.

Not the same at all.

Let’s cry some more about our feelings being hurt and how we didn’t get our way. Everyone needs to just grow up. … Guess what, everyone —news flash here — the Salisbury Post should write something saying the world doesn’t revolve around a single person or a group of people.

… Letter: Holiday Caravan belongs to all

I love the parade, and my grandchildren always loved the parade. Please don’t take away the smiles and happiness.

I’d love to volunteer if there is one again. We live for the parades.

Thank you, Tammy Pinkston. I know personally the hard work you and others have given to this great event. It is my hope that this can be resolved and that our Christmas parade will continue.

I thoroughly respect and appreciate the Holiday Caravan Parade and have for over 50 years. However, I do understand the board’s decision and their reasons why.

… James B. Carter: After the teachers’ march, what’s next?

People are tired of this, James. Bunch of whiny-brat educators who want to get the most for doing the least, and whose primary aim is to condition the next generation of snowflakes who can’t find the door but want millions of dollars to try.

… Actions in Faith and Justice continues to remember Aug. 6 lynchings

I am looking forward to the film. “Without Sanctuary” is a photographic history that reveals that lynching was not confined to the South and the images are unforgettable, as it should be.

“The Game Called Salisbury” by Susan Barringer Wells introduced Clegg to her extensive research and he contacted her prior to the completion of his book, “Troubled Ground.”

A footnote worth mentioning: Of the three people tragically mutilated, hung and trophied, one was a minor, Nease Gillespie’s son.

I have a idea: Take the money to protect Sam from the UNC Athletics budget. That would ensure his safety.

Appeasing protesters is akin to paying ransom to kidnappers. It merely encourages more protests. Here’s an idea: How about folks stop vandalizing historic statues, grow up, and stop being offended by inanimate objects?

… David Freeze: Lots of driving and a little cycling, but the 48th state is in the books

Loved your article as always but especially this one, as we have been planning a Vermont trip for several years and have not made it for health problems. Look forward to more articles.

You are in one of my favorite parts of our country.

… Charen reminds us we were made for more

So … feminism made life worse for women? Read much history?

“Sis Eleanor” was an avid supporter and lover of storytelling, storytellers, and she never let the community forget her good friend (Rowan county’s own world-renowned) Jackie Torrence! Eleanor was a GIANT persona housed in a sweet, smiling miniature package, and her great spirit remains with all who knew her.

Eleanor was a wonderful person and a great friend.

… Hang out for laughs and fun on ‘Avenue Q’

I have never laughed harder during a Piedmont Players production. Go see it. It’s a blast. Thank you to the Campions and the Fishers for being producing partners.