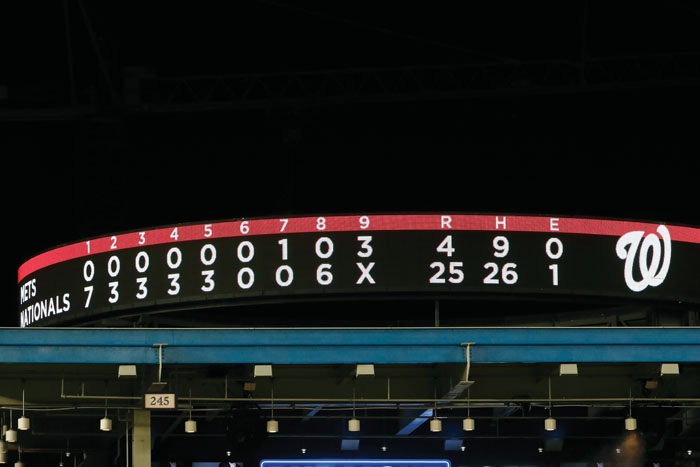 The scoreboard shows the score after a baseball game between the Washington Nationals and the New York Mets at Nationals Park, Tuesday, July 31, 2018, in Washington. The Nationals won 25-4. (AP Photo/Alex Brandon)