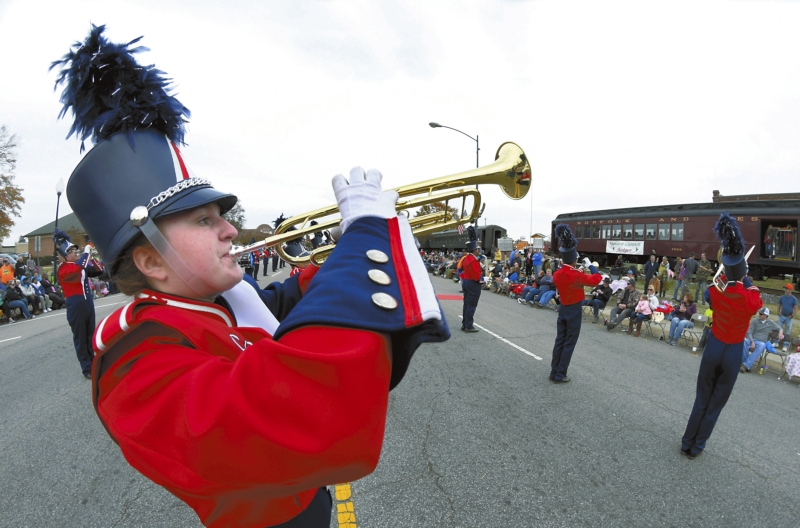 East Rowan Band plays in the 2016 Holiday Caravan. Photo by Wayne Hinshaw, for the Salisbury Post

So it’s come to this. Organizers of the annual Holiday Caravan have decided not to organize the local Christmas parade any longer, all because of a controversy over one of last year’s floats. It’s a shame a 58-year tradition has to end on a negative note, but that doesn’t mean Salisbury, Spencer and the rest of Rowan County have to do without this parade.

It just means someone other than Holiday Caravan board members will have to be the driving force.

According to a message from the board, the Holiday Caravan’s demise is the result of last year’s disagreement over Avita Pharmacy’s float. After Veleria Levy of Avita notified a parade official that company employees would not be available to man the float and asked if she could cancel, the official said Avita had to stand by its commitment and warned that the float could not promote anything other than Avita. When people wearing PFLAG shirts showed up, officials pulled the float out of the lineup for violating policy.

PFLAG, in case you didn’t know, stands for Parents and Friends of Lesbians and Gays, a group that has been actively supporting the LGBTQ community in Rowan County for more than a decade. It awards scholarships named for people like Ralph Ketner, Bill Stanback and their daughters.

PFLAG members took the parade organizers’ rejection as a sign of discrimination, and they had reason to be on guard. PFLAG and Salisbury Pride submitted joint applications to have a float in the parade in 2014 and 2015; both were returned, unapproved. And parade board member Wesley Perry was clearly talking about something other than float attire last year when he asserted the right to refuse participation “from any group or organization which does not reflect the mission, vision and values of our organization.”

Unfortunately, insults have been flying. The Holiday Caravan said its board members had received hate mail and threats, and it laid the issue entirely at Levy’s door. Within minutes, Levy started receiving hateful Facebook messages and veiled threats herself.

Rather than escalate this war of words, let’s channel community energy towards creating a new holiday parade. Officials from Spencer and Salisbury are already talking about options. It may be too late to start organizing a Christmas parade for this year, but 2019 looks very possible.

The people who ran the Holiday Caravan deserve thanks for keeping this tradition going. Even if the Avita float riders violated parade policies, though, the snub of PFLAG is evident. It’s time for an organization with greater public accountability and more open-mindedness to take charge.

If Perry and his crew want to bury the Holiday Caravan name along with their involvement, so be it. The name of the parade is less important than the spirit of it.