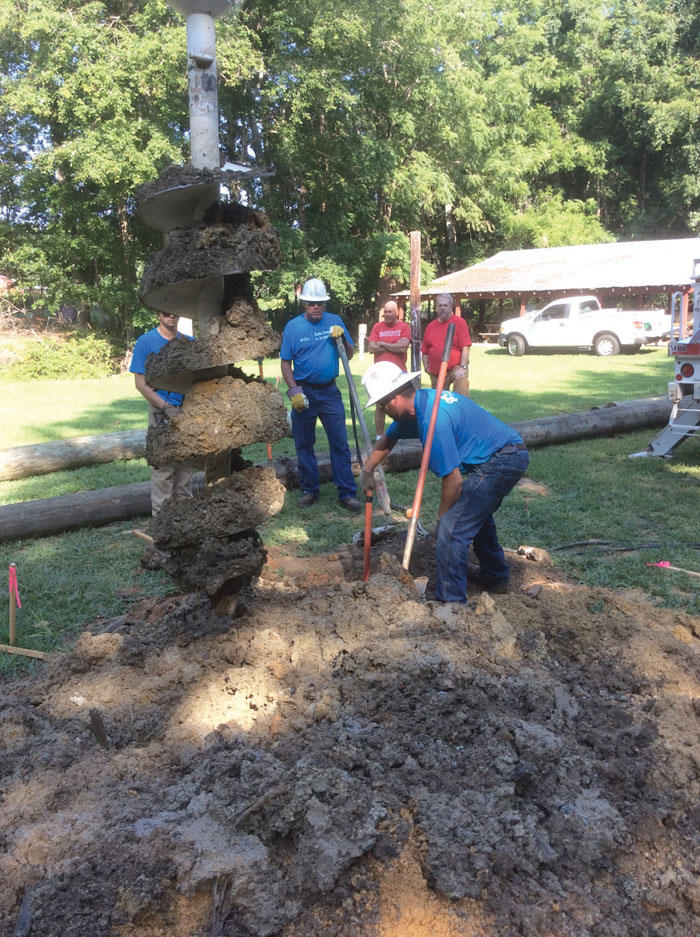 CHINA GROVE — It’s been a long wait, but South Rowan High School’s ROTC tower is rising from the ashes at last.

The 40-foot tower burned to the ground on Jan. 10. Maj. Bill Lowe, head of the ROTC program, said the tower is one of the first obstacles cadets conquer — teaching them that they can succeed despite fear.

According to Landis Police Chief Kenny Isenhour, a 911 caller reported the fire about midnight Jan. 10. It is unclear if the fire was an accident or if it was set deliberately.

The tower’s loss was a major one for JROTC programs across the county, as it was one of two such rappelling towers in the district. The other is at East Rowan High School. Having an on-site rappel tower drew lots of students to the program, Lowe said.

On Feb. 12, the Rowan-Salisbury Board of Education voted to rebuild the tower. Assistant Superintendent Anthony Vann said insurance should cover the construction costs.

But the story of its rebirth is also one of community. Lowe said in a previous interview that if insurance hadn’t covered the cost of rebuilding the tower, current and former ROTC students and South Rowan alumni were waiting in the wings to donate, run fundraisers and restore what had been lost.

According to Vann, the contract amount to rebuild the tower will be about $144,300. That will will be covered by insurance, but the contract must be approved by the Board of Education at its August business meeting. Vann said the lowest bid on the project was submitted by LaFave Construction of Landis.

However, work has already begun on the site of the old tower, thanks to some South Rowan alumni and Duke Energy Corp.

On July 23, Duke Energy sent a 10-man crew of line technicians to install tall wooden poles that will support the tower. Half of them formerly attended the high school, said Randy Welch, district area manager for Duke Energy.

“So South Rowan was kind of right in their skill set. They wanted to use those skills to help the community and give back to the community,” Welch said.

After the tower burned in January, Mike Yost, a South Rowan graduate and Duke Energy lineman, approached his supervisors and asked if Duke might be able to lend a hand.

“He was kind of the organizer from the employee team,” Welch said.

The Duke Energy Foundation provided about $4,000 to purchase the poles and coordinated with the school system on the specifications and setting up an installation date.

The crew, supervised by Andie Hunter, volunteered the time to install the poles.

Welch said the project was part of Duke Energy’s Action Month, when the company tries to do community outreach or projects.

“This is something we want to do,” he said.