Yesterday: The opening of Salisbury’s first Walmart in 1990 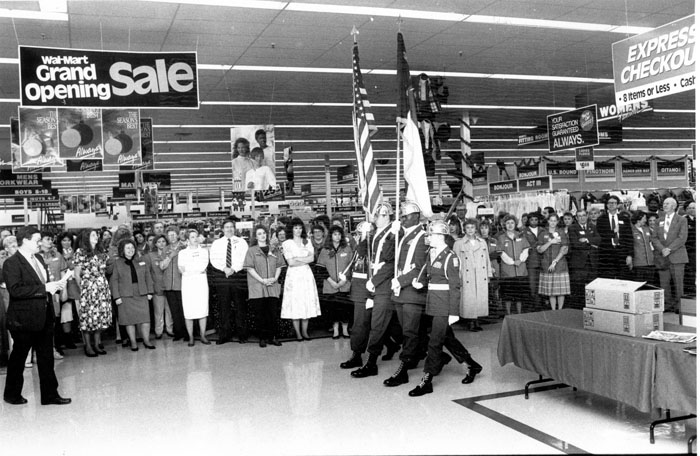 The South Rowan High ROTC presented the colors Dec. 3, 1990, at the grand opening of Salisbury’s first Walmart store (then spelled Wal-Mart) off Jake Alexander Boulevard. An hourlong ceremony for employees and local officials was headed by store manager Ron Evers, standing at the far left. The ceremony also had beauty queens, cheerleaders songs and speeches. For its time, the new Walmart was a monster discount store for Salisbury at 89,612 square feet. It employed up to 250 full- and part-time people and featured 17 checkout counters and wall-to-wall merchandise in 36 departments. The store also featured a snack bar, pharmacy and lawn and garden section. Walmart would move to a new location in late October 2002 — its present store near Interstate 85 off Arlington Street. The first Walmart store became a Magic Mart, which is no longer there.

Yesterday: A student trains at the VA hospital in…