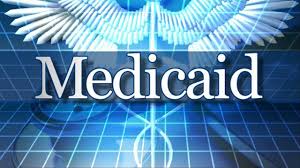 Three words you almost never hear from politicians is “I was wrong.” I’m not one, but can admit that on the subject of Medicaid expansion I was wrong. Now our legislature should do the same.

When The Patient Protection and Affordable Care Act was passed in 2010 there were many questions about whether it would stand court tests, how it would be implemented and how well it would work. One of the provisions of ACA, or Obamacare, was that those with income levels of less than 138 percent of the federal poverty level would be included in the expansion of Medicaid.

The Supreme Court ruled in 2012 that ACA was constitutional; however it gave the states the option as to whether or not to expand their Medicaid programs. In North Carolina it was estimated that 500,000 or more would have been included in the expansion. The federal government guaranteed all the expanded costs until 2017, and then guaranteed 90 percent through the year 2020.

North Carolina’s political leadership didn’t like Obamacare, and Medicaid expansion got practically no consideration, principally due to concerns that ultimately the generous match would be reduced or eliminated and our state would be left to pick up more expense. At the time I editorially agreed with the legislature.

So why am I saying I was wrong? Let’s begin by asking whether health care is a right or privilege in this country? Our Declaration of Independence states our “unalienable” rights, which governments are created to protect, are life, liberty and the pursuit of happiness. Nothing is guaranteed for food, shelter or even subsistence, yet our nation agreed to partially provide them long ago, and we have been inching closer to the guarantee of health care. The elderly and poor receive health benefits from Medicare and Medicaid, and federal laws say that hospitals are required to treat anyone who shows up at their door, whether they can afford it or not. The proverbial health care camel is pretty well under the tent.

There are compelling arguments that it is more cost effective to expand Medicaid than not. The escalating costs of indigent care provided by hospitals have to be paid by someone — that someone is you and me. When hospital operating costs increase, they are passed along to those of us with health insurance and are partially why our premiums have increased faster than the cost of living. Further, our hospitals have agreed to pick up North Carolina’s increased costs for expanding Medicaid.

But the most compelling reason is a simple fact of life: once you give someone a benefit it is virtually impossible to take it away. That’s explains why Congress can’t repeal Obamacare. We have seen it whenever anyone attempts to cut Social Security or Medicare benefits. The 33 states who have already expanded Medicaid aren’t about to revoke those government subsidies and neither is the federal government. And neither would North Carolina, if we became number 34.

Sadly, these 33 states are providing better care for their citizens than are we.

It is time our politicians practiced saying those three little words — not “I love you,” but rather, “I was wrong.” Then they should get about the business of expanding Medicaid in North Carolina.

Tom Campbell is creator/host of NC SPIN. Contact him at www.ncspin.com.