Gun problems are about to go 3-D 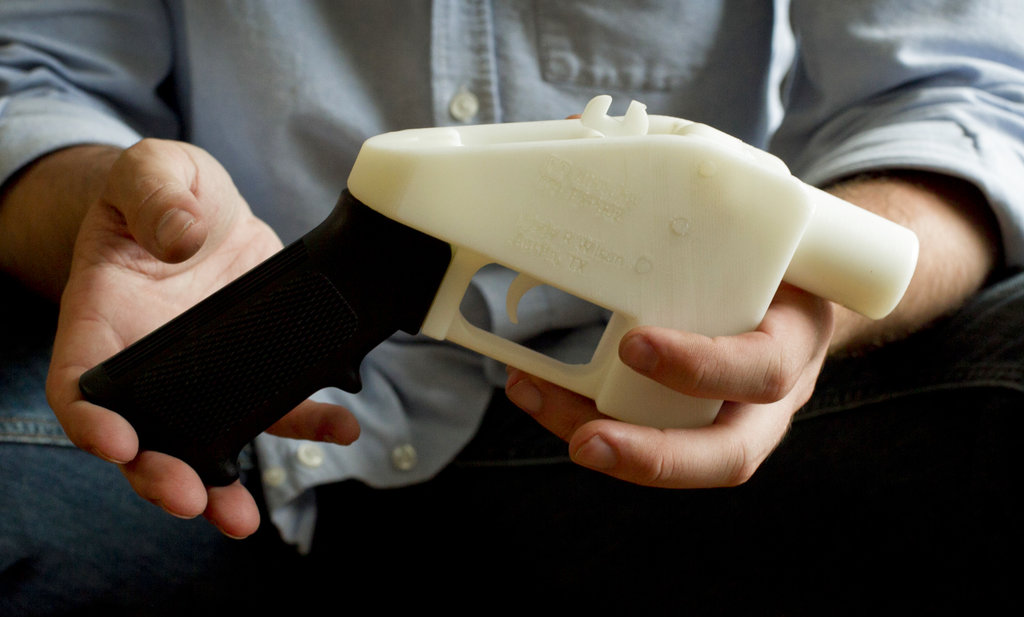 FILE - This May 10, 2013, file photo shows a plastic pistol that was completely made on a 3D-printer at a home in Austin, Texas. A coalition of gun-control groups has filed an appeal in federal court seeking to block a recent Trump administration ruling that will allow the publication of blueprints to build a 3D-printed firearm. (Jay Janner/Austin American-Statesman via AP, File)

Last month the State Department quietly settled a lawsuit brought by a gun entrepreneur who promotes the private manufacture of untraceable firearms. Cody Wilson, the founder of Defense Distributed, had been barred from publishing online computer files that can be used with a 3-D printer to create firearms. The State Department had imposed the ban using its export-control powers. The settlement allows Wilson to go ahead.

The legal issues in the case are complicated: First Amendment issues arise regarding computer code. But the problem this poses is simple. The digital “speech” distributed by Wilson consists of instructions to a machine to produce a deadly weapon. His firm also markets the “Ghost Gunner 2,” a computer-controlled milling machine that manufactures gun parts.

If this is permitted, people legally banned from possessing firearms (felons, domestic abusers, adolescents, the dangerously mentally ill) could make their own guns at home — lacking serial numbers, by the way, and therefore untraceable.

Some private gunsmiths already legally manufacture guns without serial numbers. But the process demands significant expertise, so it hasn’t presented a public safety crisis. Technology like Wilson’s would change this radically. Indeed, it’s meant to.

This nonsensical void in the law already poses a threat, but innovators like Wilson increase that threat exponentially. It’s possible that further legal action will keep the common-sense prohibition on Wilson’s 3-D gun plans, now set to expire by August, in place.

Regardless of what the State Department does, Congress needs to step forward with legislation. It needs to demand background checks for the components purchased to manufacture firearms. And all guns should be traceable by means of identifiable markers.

In addition, the particular threat posed by plastic guns — namely, that they’re hard to detect — needs to be addressed. Defense Distributed includes a small amount of metal in its blueprint, to comply with the 1988 Undetectable Firearms Act. But that metal piece can be removed. (In 2013, journalists smuggled a 3-D-printed plastic gun into Israel’s parliament.) A stronger requirement to make such weapons detectable, along with strict enforcement, will be needed to deter this.

Failure to recognize the danger posed by 3-D printing of guns will have severe consequences. Anonymous manufacturers will make guns designed to evade security; criminals will easily obtain firearms they aren’t allowed to buy; and law-enforcement agents will struggle in vain to trace weapons used in crimes. The Wilson settlement must not go forward. The State Department needs to reverse course.