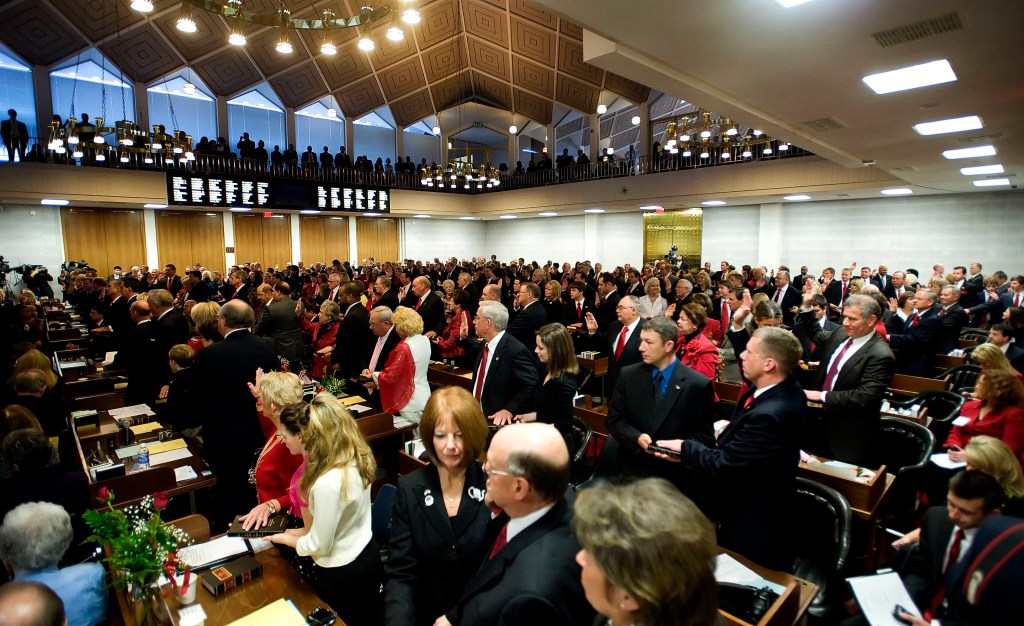 RALEIGH — A couple hours into last week’s surprise special legislative session, reporters played a game of “20 questions” with one of the most powerful people in the state.

Lawmakers had returned to Raleigh to stop an obscure commission from writing ballot titles for proposed constitutional amendments. But the press was trying to determine if other issues were on the agenda too, so reporters caught up with Senate leader Phil Berger outside a private Republican caucus meeting.

Berger quickly dismissed an idea — mentioned by House Speaker Tim Moore the day before — that might have resulted in runoff elections for judges. “Any other changes involving judicial elections that you would be willing to entertain?” I asked him.

Journalists typically don’t make “suggestions” to elected officials, but we played the guessing game and tossed out various ideas we’d heard mentioned. An Associated Press reporter ultimately guessed the right answer, and Berger said that addressing party-switching judicial candidates was “something folks are talking about.” But he stressed that “I’m telling you no decision has been made.”

That was 2 p.m. About 90 minutes later, top senators filed a bill to strip the party labels off the ballot for judicial candidates who’d changed their party affiliation less than 90 days before filing for office. By 9 p.m. that night, the bill had passed both chambers and was on its way to the governor.

The measure was actually good public policy. The 90-day rule already applies to candidates for other offices, and it prevents false advertising on the ballot. If you were a registered Democrat earlier this year, voters shouldn’t be misled into thinking you’re a Republican.

But legislative leaders didn’t just suddenly realize this scenario would be problematic for voters. They rushed through the 11th-hour proposal because of a single candidate: Chris Anglin, a Democrat-turned-Republican running for Supreme Court. GOP leaders call him a “Democrat plant” in the race to confuse voters and siphon votes from the GOP’s endorsed candidate, incumbent Justice Barbara Jackson.

They’re not wrong. Anglin insists he’s a “constitutional conservative,” but his campaign is being run by longtime Democratic consultant Perry Woods — a guy who spends a lot of time bashing Republicans on Twitter.

If the bill becomes law, Anglin would still be on the ballot but he wouldn’t have a party label. That approach makes sense, but Republicans are trying to fix a problem they created. They canceled the judicial primaries that would have weeded out extraneous candidates, and they refused requests from Democrats to label the candidates endorsed by their parties.

The GOP obviously hoped there would be multiple Democrats running for Supreme Court to split that party’s vote, and a dark money group linked to a Republican consultant even tried to recruit some.

The dark money group prompted the N.C. Democratic Party to cry foul and file a complaint alleging possible campaign finance violations. But Democrats have been largely silent about the misleading nature of Anglin’s candidacy.

And instead of simply criticizing the special session bill for coming late in the game without a transparent process, Democrats are resorting to hyperbole. A fundraising email from the N.C. Democratic Party claimed the bill “rigged the Supreme Court election, changing the rules to help the Republican candidate after candidates already filed.”

The election isn’t “rigged” — all three candidates would still have a shot, and a party-less Anglin might win support from voters who don’t want judges with partisan loyalties.

Both parties’ fixation on ballot labeling shows they think voters are idiots who show up to the polls with zero knowledge of the candidates beyond party labels.

Let’s prove them wrong by researching the candidates and making an informed choice. The N.C. Supreme Court is far too important an office to rely on labels alone.