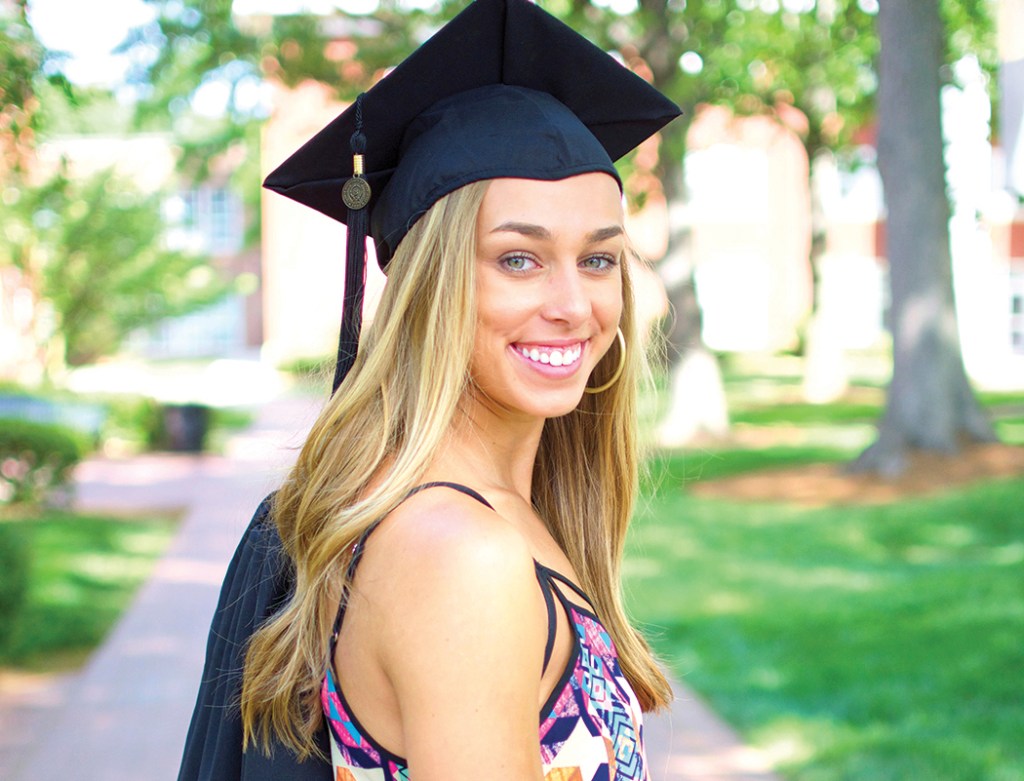 McKenzie Rae Stevens graduated summa cum laude from Queens University of Charlotte on May 5, 2018 with a bachelor of science in exercise and sports science and a minor in human biology. In addition to her academic achievements, she was captain of the 4-time NCAA Championship-winning women’s swim team and a 17-time All-American. She currently holds three NCAA records and was named a 2018 Google Cloud Academic All-American. McKenzie was also named 2018 Bluegrass Mountain Conference Female Swimmer of the Year and the 2018 Female Athlete of the Year for Queens University. She was a member of the Mortar Board National Honor Society and president of the student athlete advisory committee.