Letter: Growing up in Salisbury 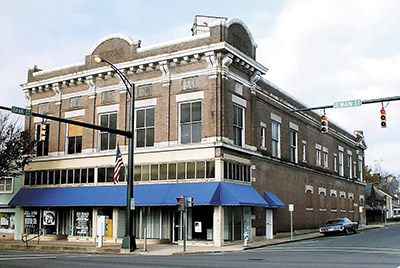 Many thanks are extended to Elizabeth Cook, Jack Kepley and Jim Gobbel for their recent editorial page comments about their memories of downtown Salisbury.

What are some of your fondest memories growing up in Salisbury? In the early 1950s, I vividly remember shopping downtown in Salisbury’s “dime stores,” which included Kress, McClellan’s, Woolworth’s, and later Grant’s. Most all merchandise was less than a dollar.

On Saturdays my parents would drop me and my brother off at the Victory Theatre on the Square, where we could get in for 10 cents and enjoy a drink or box of popcorn for a nickel.

On Sundays after church we would often go “window shopping” along Main Street and drop in the Smoke Shop for a cold soft drink, a comic book or Little Golden Book.

I can easily remember the 3-cent first class stamp, when milk was delivered to our front doorsteps, and when a bottled Coke went up to 6 cents from a nickel. As kids, we would always play a game by looking on the bottom of our Coke bottle to see who’s returnable bottle was made the greatest distance from Salisbury.

Sunday lunches were often at the Yadkin Hotel with a Cheerwine float for dessert as we watched the steam engines pass through downtown.

Before every family had a car, we would often walk downtown and visit Purcell’s Drug Store on the Square for an ice cream cone or soda. My embarrassed mother would never let me forget the time when at age 5, I responded to the soda clerk that came over to our table and said, “What’ll ya’ have?” I’m told I blurted out “Pabst Blue Ribbon,” a familiar commercial on TV and radio at the time. I guess that’s why I’ve never had a beer since. Those were definitely the good ole days in Salisbury!