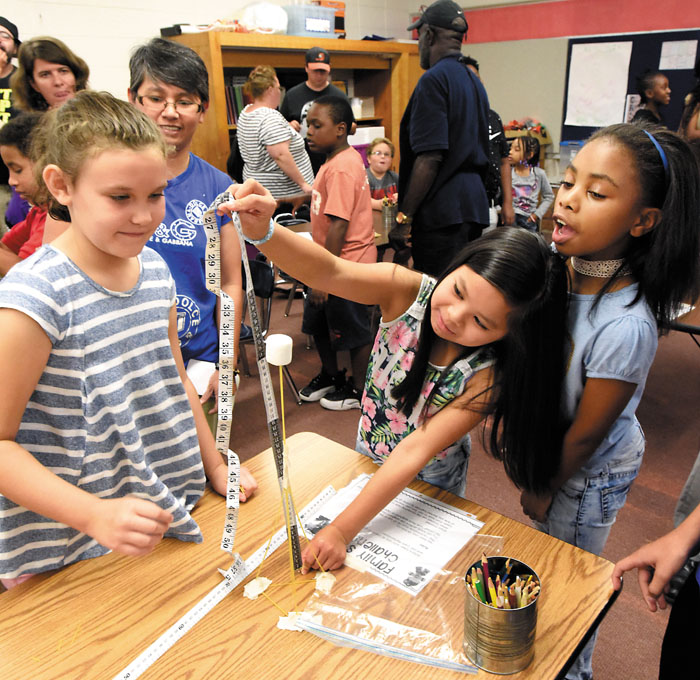 Mya Pastor, Josephina Huynh and Precious Greene measure the height of a tower they built at Overton Elementary School. Wayne Hinshaw, for the Salisbury Post

There may never have been a more important time for education advocates to step up and run for a seat on the Rowan-Salisbury Board of Education.

The system is going where no school system has gone before, throwing off state-imposed tethers to be North Carolina’s first renewal school district. It’s not an honor, exactly. Rowan-Salisbury was chosen for the new designation because of the high number of low-performing schools. But no matter — this is an opportunity to make new discoveries.

The possible transformation this could bring about relies mostly on the system’s educators, but the school board has an important role to play as well. Board members can be advocates or naysayers, champions or critics, catalysts or obstacles, watchdogs or lapdogs, innovators or protectors of the status quo. They can have a big impact on the renewal process.

A majority of the board’s seats are up for election this year:

So far three people have filed: Kennedy, Allen and a newcomer to the board race, Spencer Alderman Kevin Jones, seeking Miller’s seat representing the North. Candidates need to pay a $5 filing fee and complete paperwork at the Rowan County Board of Elections by noon on Aug. 17.

Renewal status won’t free the district from state strictures by a long shot. But it’s a step toward gaining some of the flexibility that the state grants charter schools.

This is an exciting, challenging time for Rowan-Salisbury Schools. The system needs school board members who can be engaged, dedicated and open to new ideas while keeping their focus on providing children the best education possible. Instead of criticizing from afar, board members commit themselves to being champions for our county’s children and their education. If that’s something you feel passionate about, please file as a candidate for the Rowan-Salisbury Board of Education.