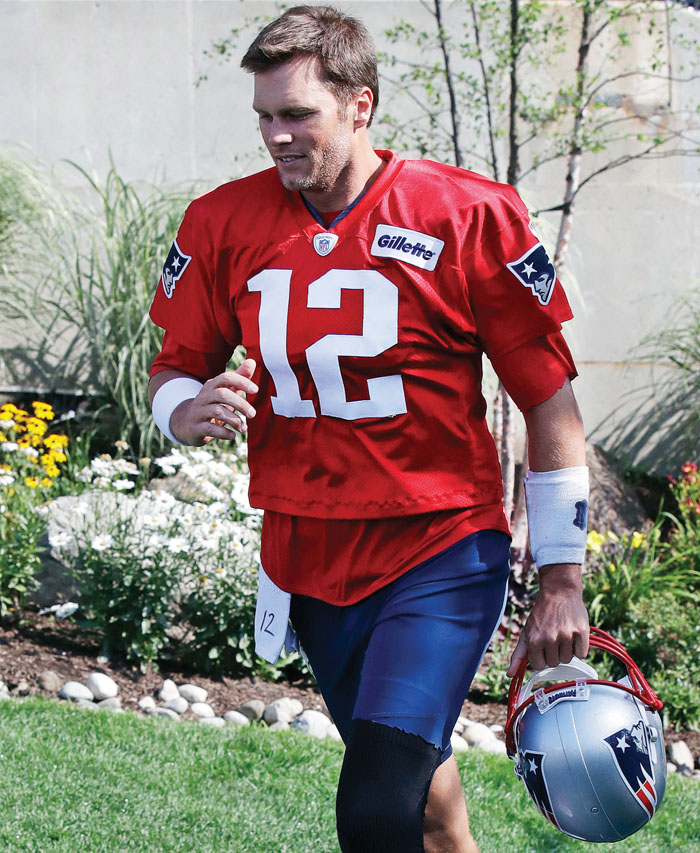 The questions about Alex Guerrero on Saturday prompted Brady to abruptly end his first media availability of training camp.

“I have no comments, just ridiculous. I’m out,” Brady said before walking away.

Edelman brushed aside a similar question in his first comments since receiving his four-game ban for a drug-policy violation.

“What’s in the past is in the past. I love Alex and ultimately I’m worried about just going out here and playing football,” Edelman said. “I’m not here to talk about or make a headline or something.”

Edelman, tight end Rob Gronkowski and former Patriots receiver Danny Amendola are among several Patriots who have also worked or consulted with Guerrero.

Edelman will begin serving his suspension at the start of the regular season. He can practice with the team and play in preseason games.

Brady provided another short response when asked if there was tension between him and coach Bill Belichick this summer.

“I have no thoughts,” Brady said.

Brady has relied on a fitness and nutrition program developed by Guerrero since 2004. The pair also partnered in opening Brady’s TB12 Sports Therapy Center, which is adjacent to the Patriots’ Gillette Stadium facility.

In January, Patriots CEO Robert Kraft, Belichick and Brady released a statement calling an ESPN report “flat-out inaccurate” that said there had been disputes between team officials and Guerrero regarding player-medical affairs.

Brady will turn 41 next week and has credited Guerrero’s program with helping to extend his NFL career, which is entering its 19th season. As part of the strict regimen devised by Guerrero, Brady eats a mostly plant-based diet during the season.

Despite skipping the voluntary portion of spring workouts, Brady said his focus and commitment to football remain high.

“Football is very, very important to me. It always has been, and I love being out here with my teammates. So, it’s great,” Brady said. “As you get older you have different responsibilities, and I think that’s just part of life. Everyone’s got to deal with those responsibilities differently and what works for them.

“Football is a huge part of my life. I love being here with my teammates and playing, and hopefully we can have a great season.”