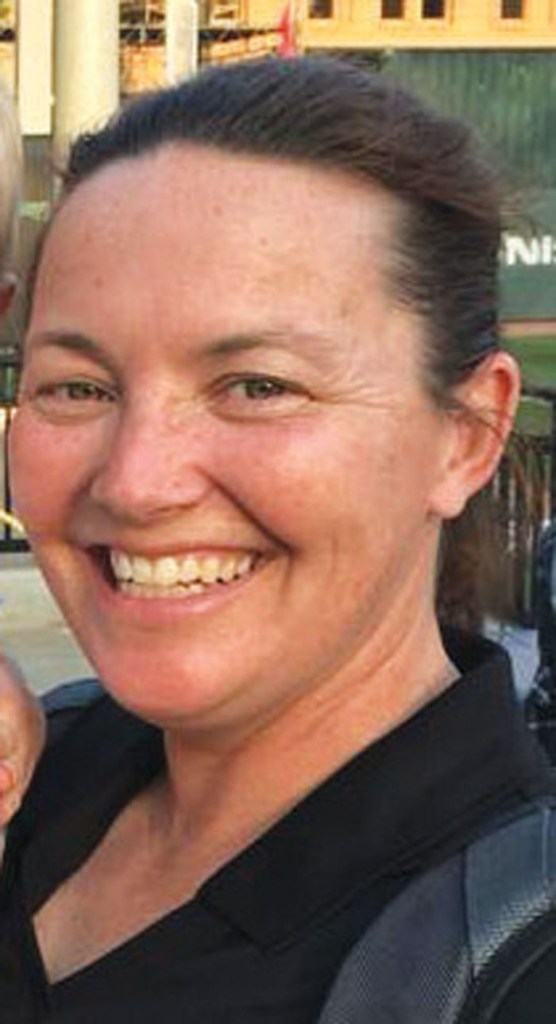 It’s an important hire for Catawba’s athletic program because Catawba hasn’t had a “new head softball coach” since 1983. Nan Whitley, the former softball coach, served from 1983-2018, so she was on the job when Catawba competed in its first fast-pitch game in 1990. It was on Whitley’s watch that Catawba made its first Division II regional appearance in 2012 and claimed its first South Atlantic Conference championship in 2015. Whitley was there for the tough times in 2017 (11-40) that inevitably followed the graduation of all-everything pitcher Carley Tysinger. And she was still there when Catawba made strides back to the middle of the pack (20-26) in 2018.

All told, Whitley coached 626 softball wins. The Catawba Indians play their softball games on Whitley Field for a reason.

Harris-Morgan is aware of all the history, Whitley’s legacy, and the trust that Catawba’s administration has placed in her. Since she was announced as head coach on July 10, she’s been in contact with Whitley by text or by email virtually every day.

“Nan didn’t have to embrace me, didn’t have to reach out to me, but the first congratulatory email I got was from her, and that was very cool,” Harris-Morgan said. “Nan said she doesn’t ever want to get in the way, but she’s there if I ever need anything or the program needs anything. It’s an honor to follow someone like her and I want to make her proud of the program that her family built. They didn’t just build it with time and money, they built it with blood, sweat and tears. Nan is very highly regarded in the coaching community and Catawba is highly regarded.”

Harris-Morgan has been working in the business world in Georgia and Texas in recent years. The job that she is leaving was with Ferguson, a Texas plumbing supply giant, so she can probably discuss water heaters, pumps and pipes as well as sports. She found out Whitley had retired when she got a call from Michelle Caddigan, a Wingate administrator who was the softball coach of the Bulldogs for 15 seasons. One of Harris-Morgan’s many coaching stops was as a young graduate assistant and assistant coach for Caddigan. Caddigan said it was a premium job, one that she needed to look into.

The news of Whitley’s retirement stunned Harris-Morgan as much as anyone, but that unexpected development coincided with her desire to get back in the coaching ranks. She left coaching in 2016, with her family getting started and with the corporate world looking more appealing after heart-breaking losses at West Georgia University.

“I think what I’ve learned in the last few years is that I was always meant to be a coach,” Harris-Morgan said. “I took a break from softball, tried the real-world thing for a few years, but I’ve been out of sorts. It’s time to get back to doing what I was meant to do.”

Catawba AD Larry Leckonby had a lot of applicants, but Harris-Morgan checked all the boxes. She’s young, but experienced. She’s not only been a head coach at Division II programs, she’s experienced some success.

Harris-Morgan is a native Texan. If you see someone wearing a stetson on the streets of Salisbury the next few days, it’s probably her husband.

She played basketball, but it was in softball that she stood out for the East Plano High Panthers. She was part of the Class of 1997. Her travel ball team was spectacular and traveled to Europe.

She was recruited by quite a few schools, but signed with Francis Marion University in Florence, S.C.

“It seemed so far away, but I really liked the coach who recruited me (Bill Gray), and going to the Carolinas turned out to be a great decision,” Harris-Morgan said.

She starred at Francis Marion at shortstop, was team MVP and All-Peach Belt Conference as a senior in 2001. She also excelled in the classsroom and graduated with a degree in psychology.

Coaching offered a chance to stay involved with softball after her playing career, and she began as a graduate assistant for Caddigan at Wingate, earning her masters in business administration, and then moving up to full-time assistant. She stayed with the Bulldogs, one of Catawba’s fiercest rivals, for five years and got to know the Whitleys, Nan and daughter, Adrian Whitley Gantt, well.

“I think I actually played against Adrian a few times, and I coached against both of them,” Harris-Morgan said. “I remember when we’d come to Salisbury, and being impressed by the town.”

Ginger Chaffinch, one of Harris-Morgan’s teammates at Francis Marion, was hired to lead the Georgia College program. That led to Harris-Morgan moving to Georgia College as an assistant coach. There was tremendous success there, three regionals in four years and a trip to the Division II World Series in 2006.

Harris-Morgan got her first chance as a head coach in 2009 at Lynn University, a Division II school in Boca Raton, Fla.

That was a tough assignment.

“One of the best schools in Division II, but one of the hardest head coaching jobs then because they’d won the national championship (in 2005), but then had been stripped of the title for violations,” Harris-Morgan said. “That all happened before I got there, but it was a big deal. It was hard to recruit. Everywhere you went they looked at you like you were a cheater.”

Harris turned the program around academically, but the losses piled up on the field. She resigned in June, 2011.

Hired by West Georgia University in Carrolton, Harris-Morgan was able to get that struggling program turned around, rising from 14-40 in 2012 to  33-23 in 2016, her last season. Her final game with the WGU Wolves, a road win over Gulf South Conference opponent, West Alabama, was on April 24, 2016.

Now Harris-Morgan is ready for a comeback.

She’s talked to all the returning players and she’s spoken frequently with Shane Prescott, a long-time assistant coach and the interim coach since Whitley stepped down.

Prescott is going to continue as an assistant coach. Harris-Morgan has known him for years, from his coaching days at Pfeiffer as well as Catawba.

“He knows the Catawba players and the players all think the world of him,” Harris-Morgan said. “He knows how everything works. He’s going to be a huge help as far as having a smooth transition.”

Catawba’s rising senior class has experienced just about everything, from playing in the regional with Tysinger in the circle in 2016 to starting the 2017 season with a nine-game losing streak.

“Those seniors have been in a regional and they know what it takes,” Harris-Morgan said. “We’ll be counting on them to lead us.”

Harris-Morgan has high expectations. She says Catawba should have the goal every year of contending for the conference championship and for a regional berth. The consistently powerful teams in the SAC are Lenoir-Rhyne, Wingate and Carson-Newman, but Catawba, at its best, has been right up there with them.

“Most of all, I just want to take good care of the program the Whitleys built,” Harris-Morgan said. “It’s still in good hands.”