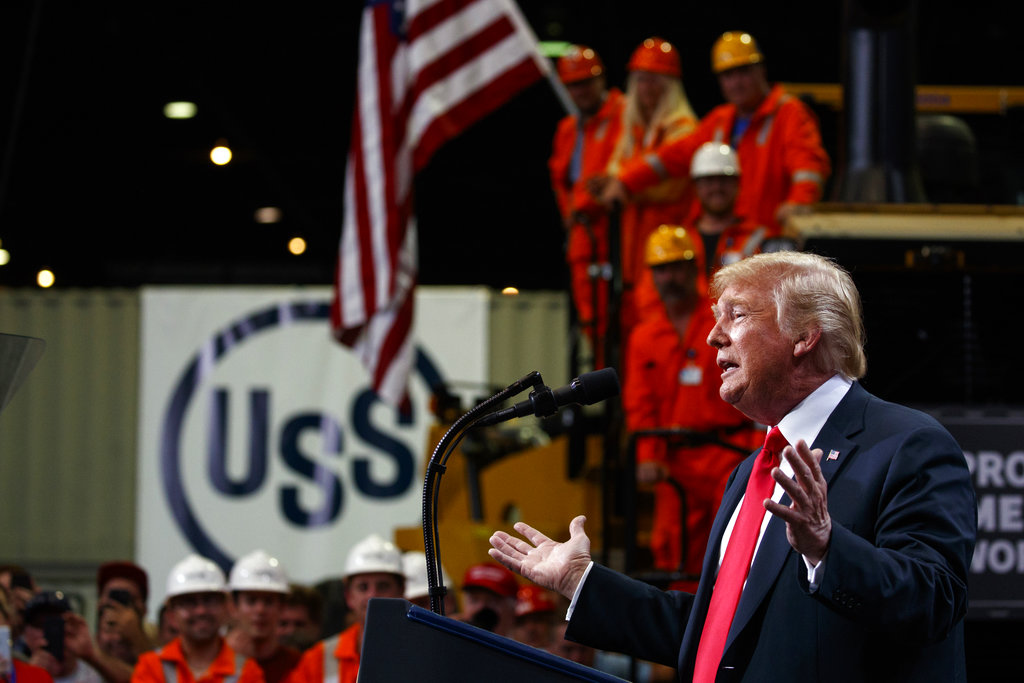 Bloomberg Opinion
President Donald Trump’s talks on trade with European Commission President Jean-Claude Juncker seem to have gone well – by contemporary standards, anyway. Trump agreed for the moment not to escalate the quarrel he started, and the two sides now say they’ll work to lower tariffs and expand trade. While they do, new U.S. tariffs on steel and aluminum will stay in place, along with the measures the European Union applied in retaliation, but the aim is to resolve this dispute as well.

More action will be needed before it will be safe to conclude that the risk of trade war is receding, and that Trump is beginning to see the benefits of international commerce. But Wednesday’s shift is encouraging.

In setting out to dismantle the liberal trading order that the U.S. designed and built after 1945, Trump faced astonishingly little opposition from Congress – even though the Constitution gives that branch responsibility for trade policy. But U.S. businesses have been complaining loudly. Trump’s tariffs and the countermeasures they provoked wreck the plans of domestic and foreign companies alike, because modern production methods take global interdependence for granted.

The shrewdly targeted retaliation of European and other U.S. trade partners has also proved inconvenient to the president. The administration recently announced that it would set aside billions of dollars to pay subsidies to farmers suffering the effects of higher foreign tariffs. A clearer proof of the absurdity of Trump’s approach would be hard to imagine. He raises border taxes that hurt American consumers and producers – then has to expend additional resources to shield a favored constituency from the blowback.

We know from the president’s tweets that he believes trade wars are easy to win and tariffs are great – but now it seems he’s starting to appreciate the downside.

Whatever deal the U.S. and EU work out will need to be carefully examined. A comprehensive agreement that promotes two-way trade would be entirely welcome. Lowering tariffs on both sides would serve this purpose; it would be even better if the deal included steps to reduce non-tariff barriers and trade-distorting subsidies. Ideally, the abandoned framework for the Transatlantic Trade and Investment Partnership would be pressed back into service.

But there’s a risk, as well, that the two sides might include quantitative commitments to increase sales of specific goods. A statement after the meeting talked of such undertakings. That’s cause for concern: Managed trade is neither free nor fair.

The U.S. president reverses himself with such bewildering frequency that one can take nothing for granted. But after his meeting with Juncker, his reckless tariffs-are-great strategy seemed to be under review. Let’s hope so.