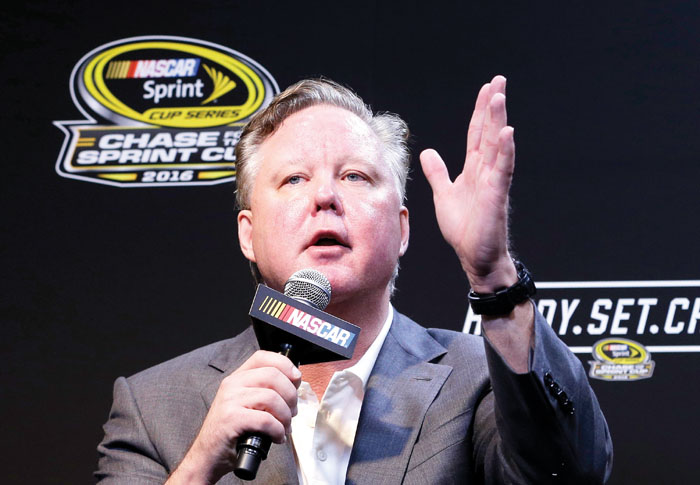 CHARLOTTE (AP) — NASCAR Chairman Brian France insisted Wednesday that his family is dedicated to its racing properties despite a report the business is for sale.

Both reports cited unidentified sources, and France referred to them as “rumors.”

“The France family is locked and loaded in its dedication to NASCAR,” France said. “We’re focused on ruling and managing NASCAR. There’s nothing to report on that. Rumors are always interesting, but they’re seldom right.”

France has not made himself available to reporters since the Reuters report. He occasionally calls unprompted into one of Sirius’ NASCAR shows and his brief segment Wednesday covered several topics pertaining to the series his grandfather founded.

Brian France is the CEO and chairman of NASCAR. Jim France, his uncle, and Lesa France Kennedy, his sister, are executive vice presidents. France Kennedy is also the CEO of International Speedway Corp., and Jim France is the chairman. ISC owns 13 of the tracks on which NASCAR hosts 19 major racing events.

France used a portion of his call to Sirius to laud both IMSA and his uncle’s vision.

“Probably not going to have that phone call any time soon,” France said of talking to Stewart. “The schedule is pretty full. He’s done a great job of running Eldora and other things he’s doing in the dirt track stuff, so good for him.”