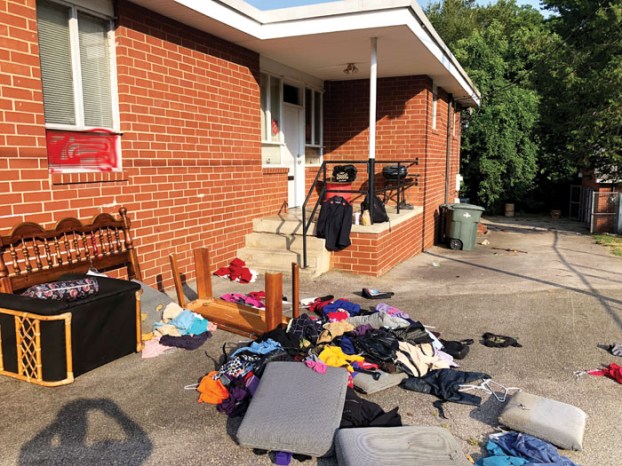 SALISBURY — Salvation Army officials say they’re touched by the community’s reaction to a recent vandalism incident.
On Sunday, July 15, vandals struck the Salvation Army’s Rowan County headquarters, damaging food, appliances and clothing donations. The vandalism occurred at the worship and service center at 620 Bringle Ferry Road and was discovered by Capt. Karl Dahlin as he was getting ready for the Salvation Army church service Sunday morning.
According to Dahlin, a pickax was used to “wreak havoc” on the center’s interior — including damaging a walk-in freezer and refrigerator.
“The worst of it is that by breaking out the glass of the walk-in refrigerator they cause the unit to burn out and need replacement. So though we lost some food because it wasn’t able to stay cold the greater loss is that we can’t replace that food until the equipment is replaced,” Dahlin said in an e-mail.
The vandal also damaged the building’s HVAC controls, which will make make clean-up an unpleasant task in the heat of summer. Parts of the building were also spray painted.
But the Salvation Army has soldiered on. Local residents began donating non-perishable goods to help the organization restock its food pantry, and food distributions have continued.
“We’re thankful to all the supporters who helped make this ministry possible. And we’re thankful to those who come alongside us with monetary donations to get us back up and running,” Dahlin said.

The Salvation Army of Rowan distributes food to between 400 and 500 families each month. No estimate on the damage was given. The headquarters worship and service center is a separate location from the Salvation Army Family Store, which is located at 521 Jake Alexander Blvd.

Rowan weather: Not much change

Most of today’s showers and thunderstorms will be after 3 p.m., when the heat of the day makes thunderstorm development... read more