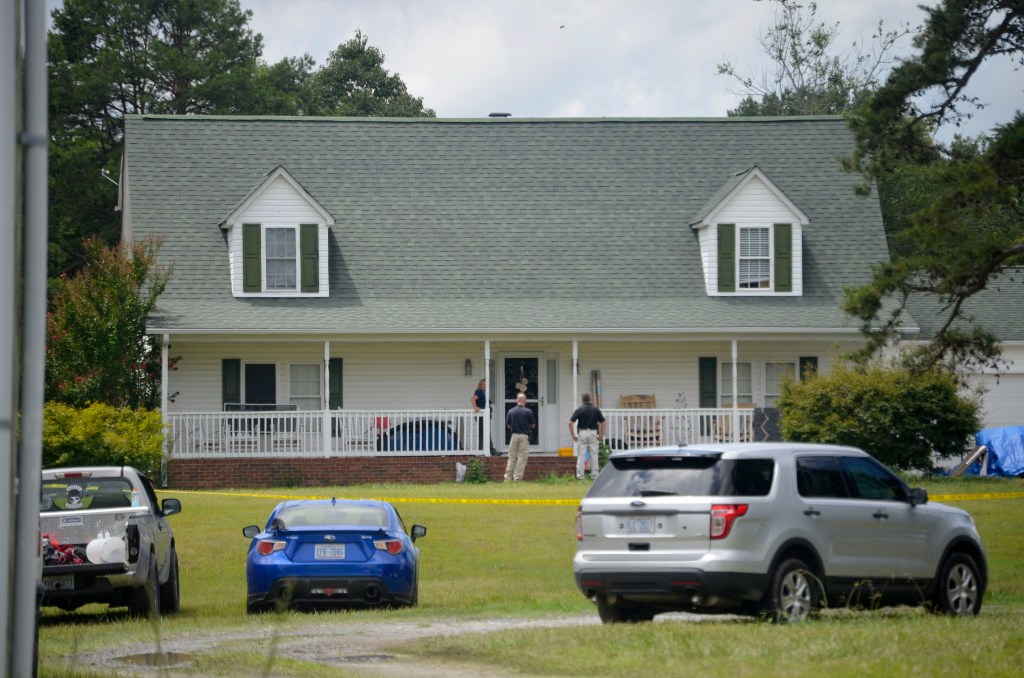 Rowan County Sheriff's detectives investigate a double death at this Jackson Road home. Authorities received a 911 call regarding an incident shortly after 12 p.m. The road is located just outside Faith, near Adolphus Road. Shavonne Walker/Salisbury Post

UPDATE: Rowan County Sheriff’s officials have identified a husband and wife who were found dead in their Jackson Road home as Raymond “Ray” Joseph Anglin and April Parker Anglin, both 43.

FAITH — A man and woman were found dead in a home on Jackson Road on Tuesday in what Rowan County authorities say may have been a murder-suicide.

The Rowan County Sheriff’s Office received a 911 report about a stabbing or gunshot at a home at 730 Jackson Road, off Castor Road just outside Faith.

The home, which sits far off the road, was surrounded by dozens of family members and others as investigators collected evidence Tuesday.

Officers from the Sheriff’s Office Patrol Division were dispatched to the home at 12:12 p.m., officials said.

The caller reported finding two people dead inside the locked two-story home. Patrol officers confirmed that the victims are a man and woman.

The case is being treated as a homicide, sheriff’s officials said. The identities of the victims are being withheld pending family notification, officials said.

The bodies will be sent to the N.C. Medical Examiner’s Office.