Letter: So we’re bailing out farmers? 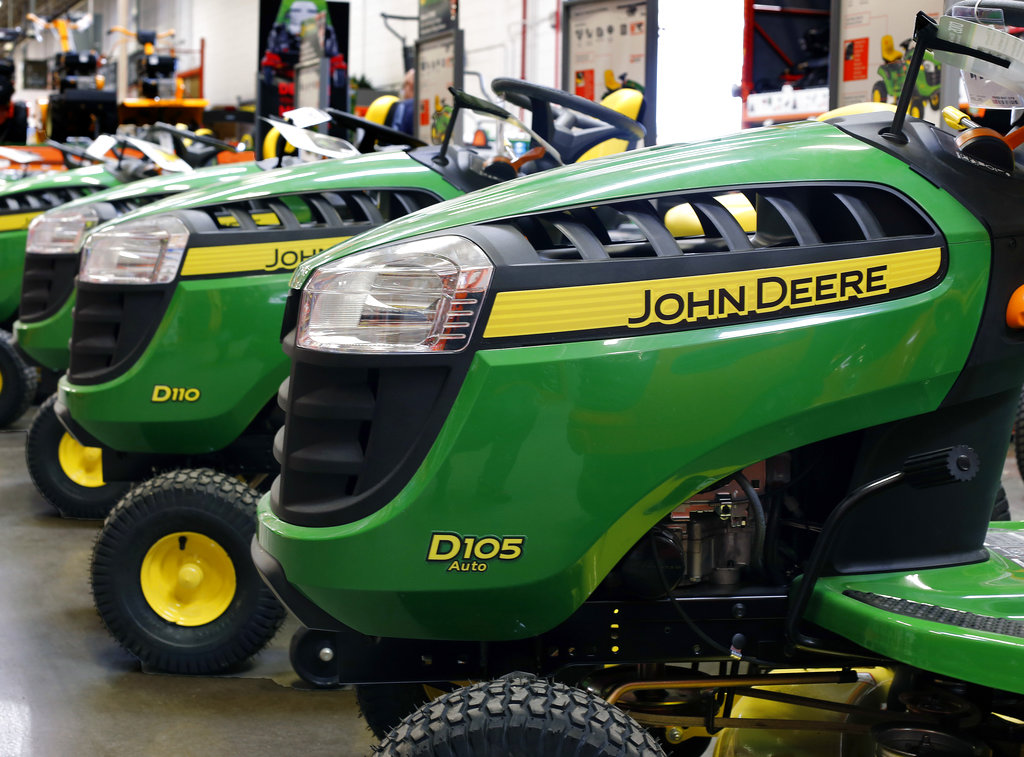 John Deere lawn tractors are on display at a Home Depot. Wall Street is flooding into the agricultural sector on reports that the Trump administration is preparing a plan that would send billions in aid to U.S. farmers hurt by tariffs. CF Industries Holding and Mosaic Company both traded up more than 3 percent, while Deere & Co. shot up more than 4 percent after news of the aid package was leaked to The Associated Press by two people briefed on the plan. (AP Photo/Gene J. Puskar, File)

So now the U.S. president wants tax bailouts for our hard-working farmers that will be losing money due to tariff wars that he started. Folks, this is our money and it could be going toward infrastructure, veterans benefits, security, under-funded schools and so many other beneficial programs.

But no, he wants to take our taxes and return them to the farmers since they’re losing money because of his own erroneous policies. He drove several of his own businesses into bankruptcy. Don’t let him take the U.S. there too.