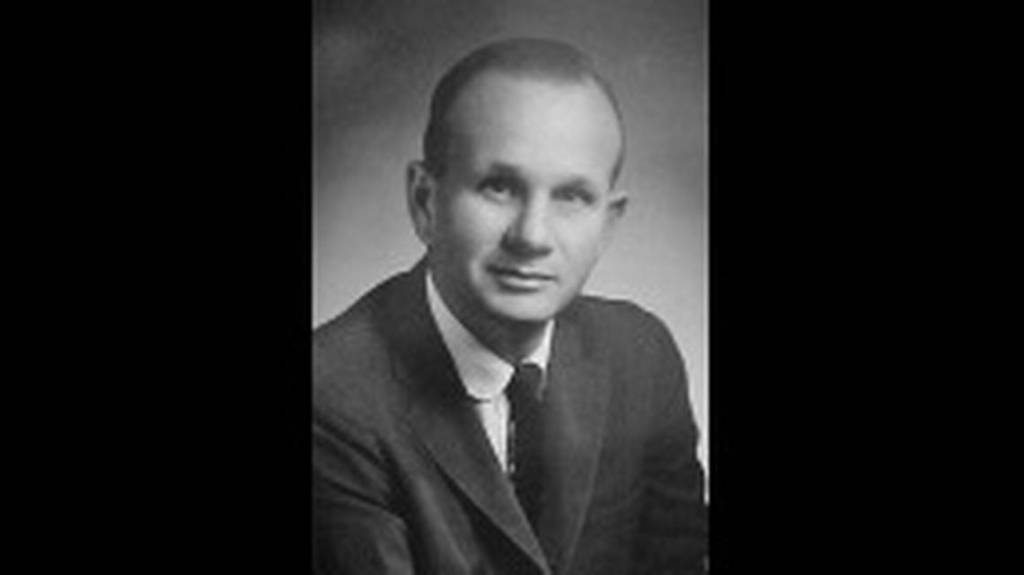 In 1965, Terry Sanford left the governor’s office and moved down Fayetteville Street from the Capitol into law offices in the BB&T Building. Political insiders started referring to that structure as the Bert Bennett and Terry Building.

When Bert Bennett died last week in Winston-Salem at 97, old timers remembered how his vigorous, organized, and decisive leadership in the gubernatorial campaigns of Terry Sanford and Jim Hunt was crucial to the success those men achieved.

Ironically, Bennett’s death came only a few days after the passing of Tom Ellis, the key advisor and organizer for the late Senator Jesse Helms, the stalwart adversary of Sanford and Hunt.

In November 1959, Terry Sanford was preparing to announce his candidacy for governor. He had already recruited heavy hitters like Hargrove “Skipper” Bowles to raise campaign funds. When Sanford first called on the successful and wealthy businessman living in a mansion looking over a Greensboro country club golf course, he worried that Bowles might be a Republican.

But now, Bowles had already raised a bundle of money for Sanford and was hosting the meeting to introduce Sanford’s choice for his campaign manager.

As Howard Covington and Marion Ellis wrote in their biography, “Terry Sanford: Politics, Progress, and Outrageous Ambitions,” “The newcomer at that meeting was Bert Bennett a tall, lean businessman from Winston-Salem who had just resigned as Forsyth County party chairman to sign on as Terry’s campaign manager. Some of those present had known Bennett at Chapel Hill, where he had been student body president. Others knew him as a political leader closely aligned with the conservative interests that dominated the party organization in Winston-Salem, home of Wachovia Bank & Trust Co. and R. J. Reynolds Tobacco Co.

Terry had chosen him for those reasons and others, and believed Bennett would add balance to the organization. It was the beginning of a political alliance that would shape North Carolina politics for the next twenty years.”

As Rob Christensen explained last week in the Raleigh News & Observer, “Bennett was not particularly ideological and was more conservative than Sanford. But he shared Sanford’s sense of wanting to move North Carolina forward and his love of the political game.”

There was one critical thing that Bennett wanted from Sanford. According to Covington and Ellis, Bennett remembered, “The only thing I asked him was did he want it bad enough.”

It was the same question Bennett asked every candidate who sought his support, including Jim Hunt. If the candidate did not have fire in the belly, Bennett was not interested.

But Bennett also had a wry sense of humor. In his book on the 1960 campaign, “Triumph of Good Will: How Terry Sanford Beat a Champion of Segregation and Reshaped the South,” John Drescher tells about the first time Sanford publically admitted that the money for his proposed educational improvements would come from taxes. Walking out of the meeting, he told Bennett that it was remarkable that the audience had applauded. Bennett laughed, “Yes, but I wouldn’t be too sure. They thought you said you’d get the money from Texas.”

Bennett identified Hunt early on. In Gary Pearce’s biography of Hunt, one chapter is titled “Bert Bennett’s Boy.” He writes, “It was Bennett who decided that Hunt had what it took to be governor, and that the old Sanford group should get behind him.”

Last week lots of Democrats were wishing somebody like the tough, businesslike Bert Bennett would get the old group behind the party’s candidates this fall.

D.G. Martin hosts “North Carolina Bookwatch,” which airs Thursdays at 5 p.m. and Sundays at 11 a.m. on UNC-TV. This Today’s and Sunday’s guest is Stephanie Powell Watts, author of “No One Is Coming to Save Us.”