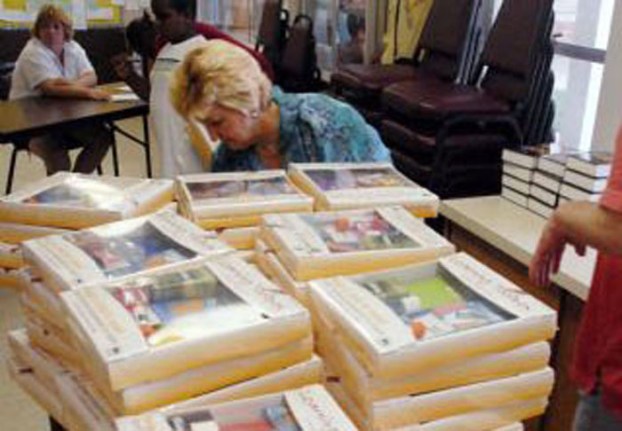 Eighth Annual Back to School Jam

Annual Back to School Bash at Rockwell Park

Aug. 25 from 11 a.m. to 4 p.m. at Rockwell Park. The event will feature a free bounce house and Zorb ball for kids, free school supplies and multiple vendors. Exhibits include the fire department’s Smoke House and a 911 bus. Shaved ice will be available for purchase and local Girl Scouts will be selling food and drinks. Music will be performed by the Rick Thomas Band. The event is hosted by the VFW 9134 Auxiliary. For more information call 704-232-0010.

Rowan County has a high level of poverty — roughly 28 percent of local children live in poverty, according to the U.S. Census, and about 63 percent of students qualify for free and reduced-price lunches at school.

“So there are people in town who just don’t have the resources to provide their kids with supplies,” said Ron Turbyfill, executive director of Communities in Schools of Rowan County.

Communities in Schools, a nonprofit agency that aims to improve graduation rates, works in nine of the district’s poorest schools. Many schools served have free and reduced-price lunch rates higher than 80 percent.

While many agencies collect supplies for pickup or hold big distributions, Communities in Schools has a bit of a different model.

“What we do is collect all the supplies and distribute them directly to the nine schools we serve,” Turbyfill said.

On years that it collects more than needed, Communities in Schools donates supplies to other district schools.

But Communities in Schools and other organizations have seen shifting trends in school supply needs.

“The needs are changing, we’re finding, as the schools become more and more engaged with technology and less and less with paper and pencil,” Turbyfill said.

For example, one of the biggest needs is for iPad and iMac compatible earbuds.

“Earbuds are the type of things people don’t think of when you’re talking about school supplies,” he said.

Communities in Schools will participate in WSOC-TV’s School Tools Drive and collect supplies on its own through community partners.

Turbyfill said he and others at Communities in Schools have always been touched by the giving nature of Salisbury.

“This is an amazingly generous community,” he said.

Second in a two-part series By Elizabeth Cook elizabeth.cook@salisburypost.com SALISBURY — As she did many nights, Amy Morris texted her... read more