Other Voices: Buckle up for better chance 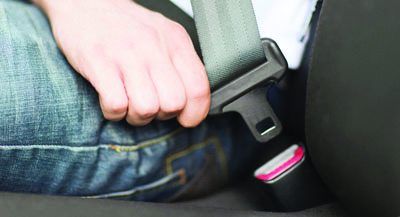 More than half of the teens and adults who died in passenger vehicle crashes in 2016 were not wearing seat belts, the CDC says. CDC photo

In 2012, the Insurance Institute for Highway Safety asked people across the country whether they wore safety belts while a driver or passenger in a vehicle and, if not, why they didn’t. Among the excuses people gave for not wearing seat belts were that they are uncomfortable, that they aren’t necessary, and that people just don’t like being told what to do.

No one will ever be able to ask Rickie Anderson or Madisyn Yountz. Both died in motor vehicle crashes last Wednesday. Neither was wearing a seat belt.

It’s not a certainty that wearing a seat belt would have prevented the death of Anderson, 62, or Yountz, 17. Buckling up, however, would have given them a much better chance of surviving their accidents.

According to the Centers for Disease Control and Prevention, of the 23,714 drivers and passengers who died in passenger vehicle crashes in 2016, more than half the teenage and adult victims up to age 44 weren’t wearing seat belts. The federal agency calls the use of safety belts “one of the most effective ways to save lives and reduce injuries in crashes.”

As a nation, we’ve gotten better about taking that simple precaution. In 1981, only 11 percent of people across the country used seat belts. That figure grew — thanks in part to states enacting mandatory-use laws beginning in 1984 — to about 70 percent by the end of the 1990s. And the upward trend has continued, with the most recent data available showing 88.5 percent of Americans using seat belts and a corresponding decline in the deaths of unrestrained drivers and passengers.

Those numbers will provide no comfort to the families and friends of Rickie Anderson, Madisyn Yountz and others who have died in accidents where they were not wearing seat belts. Nor will the fact that, as Sgt. James Jackson with the North Carolina State Highway Patrol told reporter Elizabeth Pattman after the first fatality Wednesday, authorities “have made an active effort in the last month to enforce restraint violations and we have increased those restraint violations over 200 percent.”

Law enforcement agencies simply cannot be everywhere at all times ensuring people are using their safety belts and so despite their best efforts, Jackson said, “we’re still having issues with unrestrained fatalities. There are too many that aren’t using them.”

By not buckling up, those drivers and passengers are vastly increasing their risk of serious injury or even death in a crash. Let’s be clear: No matter the excuse, it’s just not worth the risk.