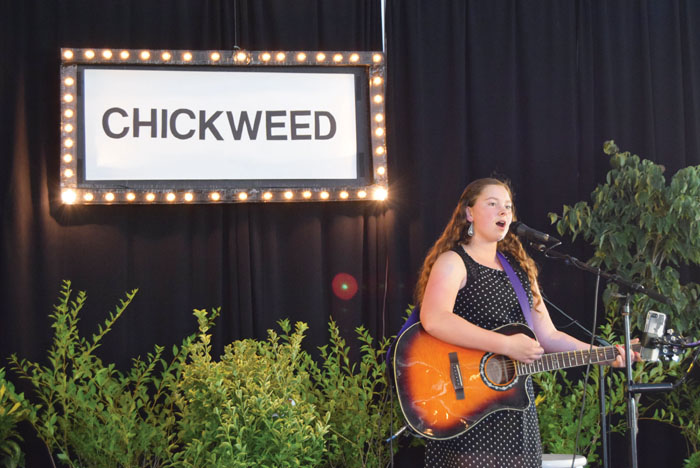 SALISBURY — People come from far and wide to visit Chickweed — but whether they’re coming from Salisbury or South Carolina, visitors at Saturday’s fundraiser said they came to support the cause.

Now in its seventh year, Chickweed: Celebrating Indestructible Women, began as a festival fundraiser to raise money for the Family Crisis Council, the local domestic violence shelter. The non-profit, ticketed event has built up quite the following locally, and in the region, and attracts performers and visitors from other cities and states.

While Chickweed is known for its stability, this year founder and organizer Sue McHugh said the organization decided to make a few changes.

“The big difference is that we’ve changed the organization we’re supporting,” she said.

This year, all funds went to support Prevent Child Abuse Rowan. McHugh said Chickweed switched tracks for a few reasons — one being the current political and social climates, and perceived increases in child abuse and neglect. But it also has to do with the success of the Family Crisis Council. Seven years ago, McHugh said, few people knew the shelter existed, but now it’s made a name for itself.

“We feel like we’ve helped put them on the map,” she said.

However, there are some things about Chickweed that will never change.

“We’re still all women banding together to put this on,” McHugh said.

Chickweed still celebrates the strength, perseverance and indestructible nature of women, and still features all female performers. And despite the heavy nature of the groups it supports, Chickweed prides itself on its unbridled optimism.

It’s a very purposeful contrast. While groups like the Family Crisis Council and Prevent Child Abuse Rowan raise awareness and defend the innocent, Chickweed shows survivors what life can be, and how women can empower themselves through art.

“We’re sort of showing the other side of it,” McHugh said. “What you can be if you stand up for yourself. …You don’t have to live this life that’s prescribed for you — you can step out of it.”

It’s a spirit and a cause that visitors and long-time supporters love. Tina Buckles, a Salisbury native, said she’d heard about Chickweed for years, but always missed it.

“I’ve always heard about it — but usually after,” she said with a laugh.

Saturday was the first time she managed to catch wind in time to attend — and she said it was worth the wait. She attended with son, Alan Buckles, who said he’d dropped in the previous year, and was inspired to come back.

“The cause itself is really good,” he said.

Kimberly Varnadoe and Bill Carden came down from Winston-Salem to attend Chickweed. The couple heard about the festival on a previous trip to Salisbury, and Varnadoe said she’d seen many of the performers before — so it was an easy decision to take a short vacation.

Carden said he enjoyed the “artsy” nature of the festival, and called Chickweed a “must see” event in Salisbury.

Mayor Al Heggins is a longtime patron of Chickweed, and said it represented many of the things that made Salisbury a one-of-a-kind city — including community involvement and support.

“It has bubbled up around the community, and that’s wonderful,” she said.

Heggins said she also enjoyed that Chickweed created a culture that celebrated and empowered women.

“It helps us to focus on the power that we have as women and girls,” she said.

Heggins opened the festival with a proclamation to honor Chickweed.

As the year’s pass, Chickweed keeps growing. This was Chickweed’s third year in the F&M Bank Trolley Barn, but McHugh thinks Chickweed might soon outgrow it — dozens of vendors had to be turned away due to lack of space, she said. Next year, she dreams of a daylong public art festival for vendors, and a ticketed evening event for performances. Seeing Chickweed grow and flourish has been one of McHugh’s favorite things over the years.

The outpouring of support, volunteers and donations Chickweed received has been “heartwarming,” McHugh said.

The event was sponsored by F&M Bank and the Shuckin’ Shack.