Letter: The case for capitalism 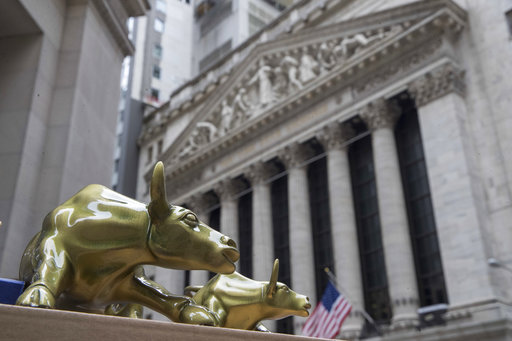 Replicas of Arturo Di Modica's "Charging Bull" are for sale on a street vendor's table outside the New York Stock Exchange on April 24 in New York. (AP Photo/Mary Altaffer)

The rich get richer because they have more money and resources to invest. The poor don’t have that luxury. But is this a zero-sum game?

The Oxford College American Dictionary defines capitalism as “an economic and political system in which a country’s trade and industry are controlled by private owners for profit.”

The dictionary defines socialism as “a political or economic theory advocating that the means of production, distribution and exchange should be owned and regulated by the community as a whole.”

As for “owned and regulated by the community,” that’s Big Brother, and it can’t know all our needs.

In the “lefty” days of the 1960s, familiar slogans were “Power to the People” and “Question Authority.” Today, it’s more like power to the government and authority is OK.

How times have changed — another example of the progressive left not knowing what they want, only what they don’t.

Letter: To tell the truth