‘Is this Taylor Miller’s mother?’ Family opens up about 19-year-old’s overdose death 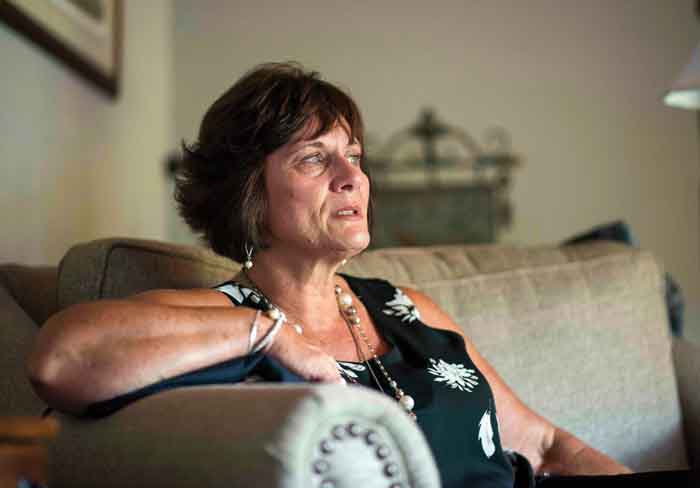 JON C. LAKEY / SALISBURY POST Amy Morris, the adoptive mother of Taylor Elizabeth Miller, describes the turmoil she and her family as endured dealing with the drug addiction of Taylor that eventually lead to her death due to Heroin overdose 7 months ago in November of 2017. Monday, July 2, 2018, in Salisbury, N.C.

This is the first story in a two-part series.

SALISBURY — The message on White House stationery is brief.

The president thanks Amy Morris of Salisbury for her letter about daughter Taylor’s overdose and death in November 2017. He and Melania send their prayers, he says. And he pledges his commitment to battle the opioid epidemic.

“My Administration is fighting this crisis on all fronts, and examples like yours motivate me to keep up the fight,” the letter says.

Below was his distinctive signature in bold, black ink: Donald J. Trump.

But she is not waiting around to see what happens. She’s sharing the story of her daughter’s death to bring opioids out of the forgotten shadows and open other parents’ eyes.

“My concern is I don’t want to see another mother go through the heartache that I went through,” Amy says, “and I know that it’s happening over and over.” 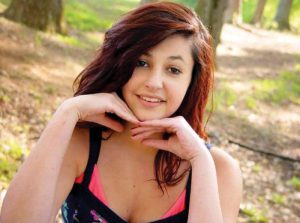 Taylor Miller had long dark hair, expressive brown eyes and a 19-year-old’s sense of invincibility — even after a heroin overdose landed her in intensive care in January 2017.

That was her first overdose.

Taylor had been in and out of trouble with drugs. Amy says it started with “Triple C,” heavy doses of cold medicine Taylor and her friends took to get high. Then came marijuana. Then synthetic marijuana.

Someone close suggested she give heroin a try. Once Taylor crossed that threshold, there was no going back.

In his book on the opiate epidemic, “Dreamland,” journalist Sam Quinones writes about “The Molecule,” the morphine molecule that is in all opiates. He writes that it fits “key in lock” into receptors in the brain and spine and creates intense euphoria.

The morphine molecule effectively brainwashes people, Quinones says, “pushing them to act contrary to their self-interest in pursuit of the molecule.”

Heroin took over Taylor’s life, her family says. She tried rehab more than once and went through detox, after-care, 12-step meetings. Amy and her husband, Rick, offered Taylor incentives to stay clean and hold down a job — even a car.

“It would work for a while,” Taylor’s brother Eddie says. But she kept going back to heroin.

Amy remembers getting the phone call in early 2017 from a nurse at High Point Regional. “Is this Taylor Miller’s mother?” she heard the voice on the phone ask.

Amy arrived at the hospital to find her daughter unconscious and on a ventilator. After Taylor came to on the third day, Amy used her phone camera to record her first few minutes of groping about, looking groggy and mumbling incoherently. Later she showed it to Taylor.

“It seemed to make an impression on her at first,” Amy says.

Taylor’s family situation was complicated. Hers was an open adoption, so she knew her birth father and had regular contact with him. Her adoptive parents split up several years ago, and she stayed with her adoptive father a couple of years, until late 2012, when she was 15.

Amy got full custody then, but she knows Taylor communicated with her adoptive dad behind her back and struggled with feelings of abandonment. The family’s dysfunction affected them all.

Taylor often turned to her older brother for help.

Eddie says the Taylor he knew was charismatic and loving. Then she started rebelling, and drugs entered the picture. “You could start to see the difference in the person she was.”

Taylor was always looking for a way to get more drugs, and she played her parents against each other, Eddie says. She bounced around from household to household. In June 2015, she graduated from South Rowan High School.

Her birth father gave her money whenever she said she needed something, but Amy says Taylor used it to buy drugs. Amy finally told him to stop helping Taylor, and he agreed.

Two days later he ran into the back end of an 18-wheeler and died. Taylor’s last conversation with him had not ended well, Eddie says, and his death hit her hard.

Still, by the summer of 2017, after the overdose and treatment, Amy says she thought her daughter was clean. Taylor moved into a trailer near Amy and Rick and regularly walked over to have dinner with them. Sometimes she’d stick around for a movie.

As time went by, though, she’d eat and say she had to go.

“I never thought much about that at the time,” Amy says. “Now, I look back and wonder, was it a sign that I missed?”

The second and last overdose came last November, on the 25th.

It was the day before Taylor’s 20th birthday, and she asked Amy to put $20 in her bank account so she and a girlfriend could go shopping at the mall.

“Love you too,” Amy replied.

That evening around 6, Taylor called Eddie and asked him to come pick her up at a friend’s house. By the time Eddie got there, she had changed her mind. He urged her to come with him anyway. He’d take her out to eat, he said.

In hindsight, he knows she had gotten a text from someone who could get heroin for her, and nothing Eddie or anybody else said would have made a difference.

Unless an addict wants to be clean, Eddie says, there’s no stopping them from chasing that next high. “It could be the president of the United States; you’re not going to sway them.”

That was the last time anyone in the family saw Taylor alive.

A few days later Eddie would return to the place where Taylor died and demand to see surveillance video. After viewing the video and talking to people at the scene, he and the family pieced together what they believe happened that night.

Taylor went with a young man to Center Motel in Kannapolis. They checked into Room 11 around 7:30 p.m.

About two hours later, the man opened the door slightly and left. “He basically slithered out of the door,” Eddie says.

The man went to the room where the couple who rent out the rooms stayed. He reportedly told them he was going to get $20 that he owed them for the room and would be back.

“He gets in his car, leaves and never comes back,” Eddie says.

After waiting a while for him to return, the woman who handled the rent went to Room 11 and entered. The family believes Taylor was on the bed, unresponsive and overdosed. Police later found needles on the table and in the trash.

Amy says the woman called the motel owner, who told her to wait for the $20.

Hours pass. After midnight, the motel owner arrived, went to Room 11 and saw Taylor’s body. By this time she was cold to the touch. A call went in to 911 — over three hours after the family believes the woman first found Taylor unconscious.

First responders came, but it was too late to revive her. Taylor was dead.

Cause of death: acute cocaine, heroin, fentanyl and acetylfentanyl intoxication.

Coming Monday, Part 2: The lessons and aftermath of Taylor’s death.

Farmer’s Day gets back to the basics: Agriculture gets…