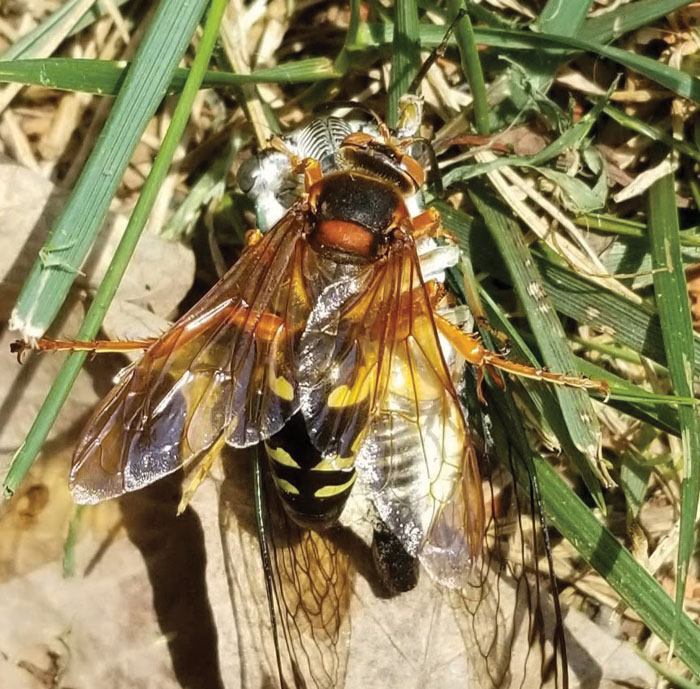 If you see a giant insect that looks like a hornet slowly buzzing near the soil, it’s probably a Cicada-killer and not a hornet.

These giant insects are beginning to dig in lawns and shrub beds. Their formidable size would seem to pose an immediate threat; however, these large, slow flying wasps do not aggressively sting like yellow jackets, hornets or wasps. But they do tend to be very curious and protective, often buzzing around people as they walk through their lawns or gardens.

Late summer is when cicada-killers are most active. Cicada-killer males live for about two weeks, patrolling their territory and fighting with other males.

Females live about four weeks, working hard digging burrows and hunting food for their offspring. Researchers have shown that in a typical season 100 female cicada-killers can eliminate over 16,000 cicadas from the surrounding area. 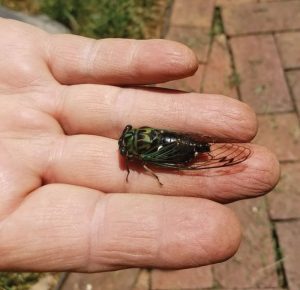 Darrell shows a Cicada found in his yard.

Cicada-killer females sting and paralyze cicadas to feed and help rear their young. Cicada killers don’t live very long, so at most they will be a pest about two months out of the year.