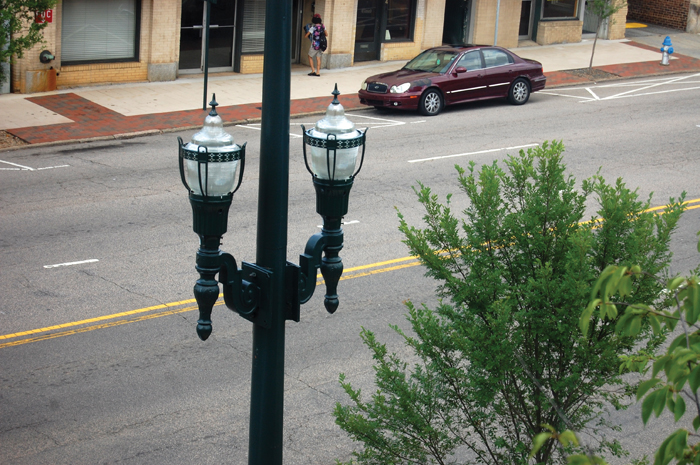 SALISBURY — If you’ve driven around downtown Salisbury recently, you might have spotted Duke Energy employees in bucket trucks parked near streetlights.

Crews were completing a long-in-the-works collaboration between the city and the power company to upgrade the lights throughout the city to LED.

The upgrades have been installed along Innes Street and Main Street, a project expedited when three of the fixtures were compromised.

The decorative tops of the previous lights would have taken about six months to replace, said Linda McElroy, the city’s director of communications.

Duke Energy, the company from which the city rents its streetlights, offered to replace the lamps with new globes that are easier to replace and maintain.

The power company also is offering the new fixtures with the LED upgrade fee waived, meaning the city will now pay $8.73 per month per fixture for maintenance and power.

There are 47 fixtures along Innes and Main streets.

Excluding a test style across from the WBTV office on Main Street, the globes are completely glass, meaning they have more of a potential for uplighting, or casting unwanted light toward the night sky.

Should the uplighting become a problem, McElroy said, Duke will replace the glass tops with opaque metal decorative tops to match the WBTV test style.