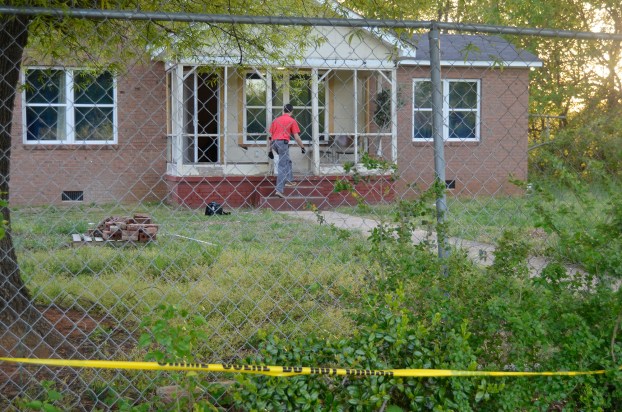 Shavonne Walker/Salisbury Post Investigators working at the scene of an early morning murder in April on East Franklin Street.

Editorial: The beat goes on — and up — on crime

Dart to Salisbury’s rising crime rate, a problem the city hoped to address by filling vacancies in the undermanned Police Department. Chief Jerry Stokes has worked hard to hire and train new officers, and he succeeded in improving the diversity of the force. But the beat goes on — and up — when it comes to violent crime. The city has had four homicides so far this year, compared to three last year. Robberies are up, as are burglaries, car thefts and larcenies from vehicles. (Lock your cars, people; 65 percent of thefts from cars happened when the doors were unlocked.) Stokes deserves credit for being open about the crime rate, but solutions are harder to find. Much of the violence involves people who know each other — shootings are seldom random — but that makes the crime no less troubling.

Laurel to the Rowan County Board of Elections for agreeing to open the polls for early voting on two Saturdays during the upcoming election season — Oct. 27 and Nov. 3. Short of filing for an absentee ballot, going to the polls on Saturday is the only way some commuters can exercise their right to vote. In addition to the two Saturdays, polls will be open for early voting from 7 a.m. to 7 p.m. Monday through Friday, hours that should be easy to remember.

Dart, however, to the fact that our 524-square-mile county with more than 94,000 registered voters will have only three sites open for early voting this fall. The Board of Elections voted for three sites this week, even though more than half of the people who vote these days prefer to do it early. In the 2016 general election, more than 38,200 of the 64,635 people who voted in Rowan voted early.

This fall’s early voting sites will be in Rockwell, China Grove and the elections office in West End Plaza. Large expanses of the northern and western ends of the county are left out. Commissioner Craig Pierce pushed for fewer sites. “I think it’s time that the voters be responsible for themselves to get to the polls,” Pierce said. (Didn’t he just lose an election?) Making it easier for one side of the county to vote than the other is neither responsible nor fair. Any way you look at it, these sites are skewed.

Laurel to Rivers Lawther, who served as Salisbury’s city attorney for an incredible 33 years. City Council presented Lawther with a key to the city Tuesday as he retired from the position. The city has had its share of legal issues through the years. Through it all, Lawther has been a loyal and distinguished advocate for Salisbury.

The North Carolina General Assembly thought better of its recent vote to eliminate voting on the last Saturday before Election... read more