NC is a microcosm of the nation and its shifting population 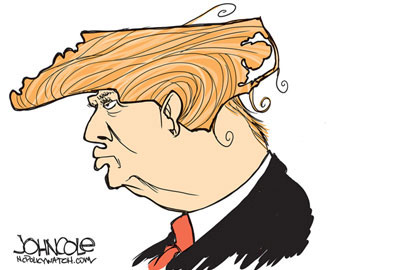 When our country reaches that point, about 30 percent of the people will elect 70 percent of our senators. Those 30 percent of the people will be older, whiter and probably much more conservative than the nation as a whole. The population shift will give the larger states a far greater number of Congressional seats. However, the shift in the House will be slower than the one in the Senate since reapportionment happens only every 10 years and Senate elections happen every six.

(In North Carolina, we gained one seat after the 2000 census and will gain at least one more after the 2020 census.)

Our country and our government will get more divided over time. A minority of the people will control one chamber of Congress while a majority will control the other. The electoral college will follow the population so the larger states will have a greater impact on choosing the presidency.

With rising population and more demands for infrastructure like transportation and schools, the larger states will continue to become more liberal. We can already see the trend in states like Georgia and Texas that just a few years ago looked permanently red. Democrats may not win either state this year, but their electoral power will increase over the next decade.

The larger states will likely have new-found respect for federalism despite the fact that many of them will be Democratic. They will want more power to enact their own policies without interference from a federal government mired in gridlock and heavily influenced by rural conservatives in the Senate. The shift will reflect the current political re-alignment that’s happening across the country.

Trump’s shifting the Supreme Court to the right may prove permanent. The more-conservative Senate could block liberal nominees, putting even more pressure on liberals to win the presidency. Ironically, the more- conservative justices might empower the larger states with decisions that favor states’ rights over the federal government.

Inside our state, North Carolina will mirror the nation as a whole. Our urban areas will expand while our rural areas become older, whiter and more conservative. Fortunately, our constitution doesn’t give each county a senator or two. Both legislative chambers have proportional representation.

The shift of power to North Carolina’s urban population centers helps explain the GOP’s push to retain power through limiting access to the polls and gerrymandering. However, the tactics will delay, not prevent, the change that’s coming.