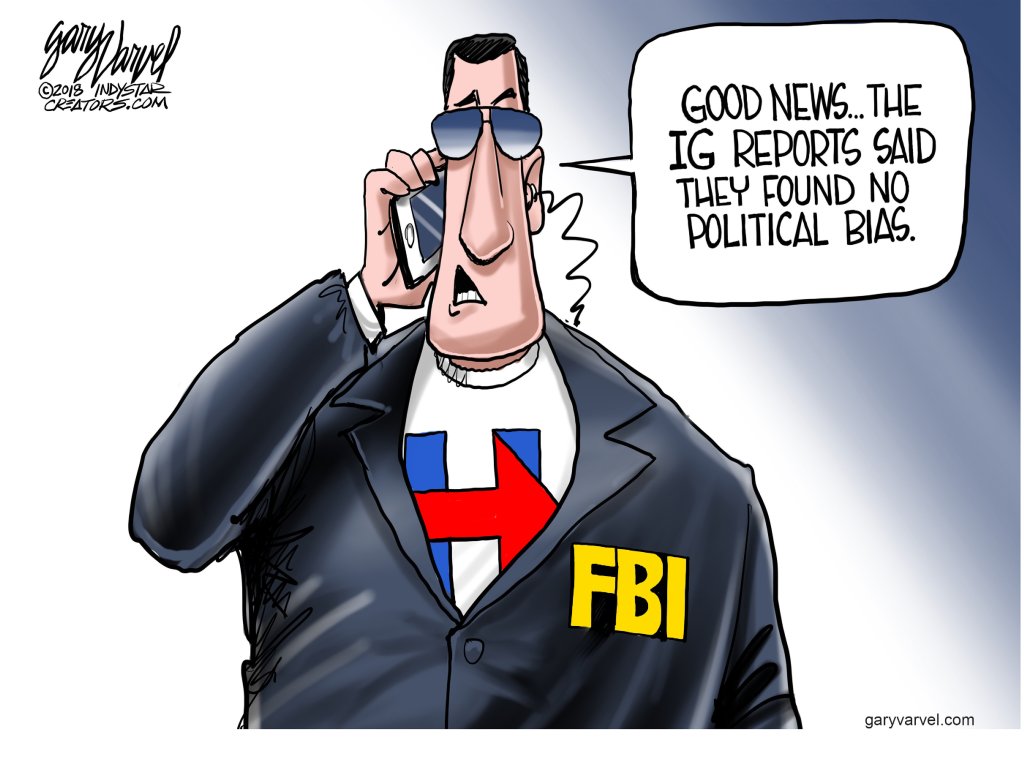 Did President Trump bungle the moment in Helsinki by casting doubt on American intelligence findings that Russian agents “meddled” in the 2016 election? His critics, including some Republicans, say so — and on Tuesday, Trump said he had misspoken when he expressed doubt about Russian culpability — but several things need to be kept in mind.

The first is that Russia and the United States have been meddling with, or spying on, each other for decades. That is hardly a secret. Second, according to Deputy Attorney General Rod Rosenstein, no votes were altered, and the election outcome was not affected by the alleged meddling. Third, the fealty most Democrats and some Republicans are showing for the credibility of U.S. intelligence today was lacking after it was discovered that Iraq did not have weapons of mass destruction.

Every intelligence agency in the U.S. and Britain swore (some under oath) that Saddam Hussein had WMD. It was the rationale President George W. Bush used to invade Iraq, topple Saddam and install a government more to his liking.

Some older history might serve to prove that U.S. intelligence findings are not always accurate, or worth taking at immediate face value.

On Dec. 22, 1963, former President Harry Truman wrote an op-ed for The Washington Post. In it, Truman said that the Central Intelligence Agency, which he created, had become “an operational and at times a policy-making arm of the Government. This has led to trouble and may have compounded our difficulties in several explosive areas.”

And so, Truman wrote, “I decided to set up a special organization charged with the collection of all intelligence reports from every available source, and to have those reports reach me as President without department ‘treatment’ or interpretations. I wanted and needed the information in its ‘natural raw’ state and in as comprehensive a volume as it was practical for me to make full use of it. But the most important thing about this move was to guard against the chance of intelligence being used to influence or to lead the President into unwise decisions — and I thought it was necessary that the President do his own thinking and evaluating.”

Even then there were concerns about the accuracy and credibility of intelligence material.

In 1975, a congressional committee chaired by Sen. Frank Church (D-Idaho) investigated abuses by the CIA, National Security Agency, FBI and IRS. These included allegations that the U.S. Army was spying on American civilians, and that the CIA had conducted assassination attempts against foreign leaders and covert operations to subvert foreign governments.

Democrats took the lead in reforming intelligence agencies to make them more accountable to Congress, though some critics said they went too far, damaging legitimate intelligence-gathering operations.

In 2016, the website Politico ran a story about Democrats’ tumultuous relationship with the CIA. After the Senate Intelligence Committee had launched an investigation into the CIA’s alleged use of torture, including waterboarding, of suspected terrorist captives, leading Democrats charged that the agency was dragging its feet “and perhaps even intentionally undermining the congressional probe,” Politico reported. Sens. Martin Heinrich (D-N.M.) and Mark Udall (D-Colo.) called for CIA director John Brennan to resign.

Now, many Democrats and most of the left are applauding Brennan for calling President Trump a traitor and demanding he be impeached.

President Trump can diffuse much of the heat surrounding Russian “meddling” in the 2016 election by declassifying, as William McGurn of The Wall Street Journal suggests, “all material subpoenaed by Congress regarding Russia and collusion and possible FBI or Justice Department abuses.”

President Trump might have done better in Helsinki if he had made such an announcement while standing next to Vladimir Putin. He has the constitutional authority to do it. This controversy began when a special counsel was named under the false pretense that a “dossier” paid for by the Democratic National Committee and the Hillary Clinton campaign was legitimate.

This fiasco needs to be ended by getting to the truth contained in those classified documents the Justice Department has refused to share with Congress.