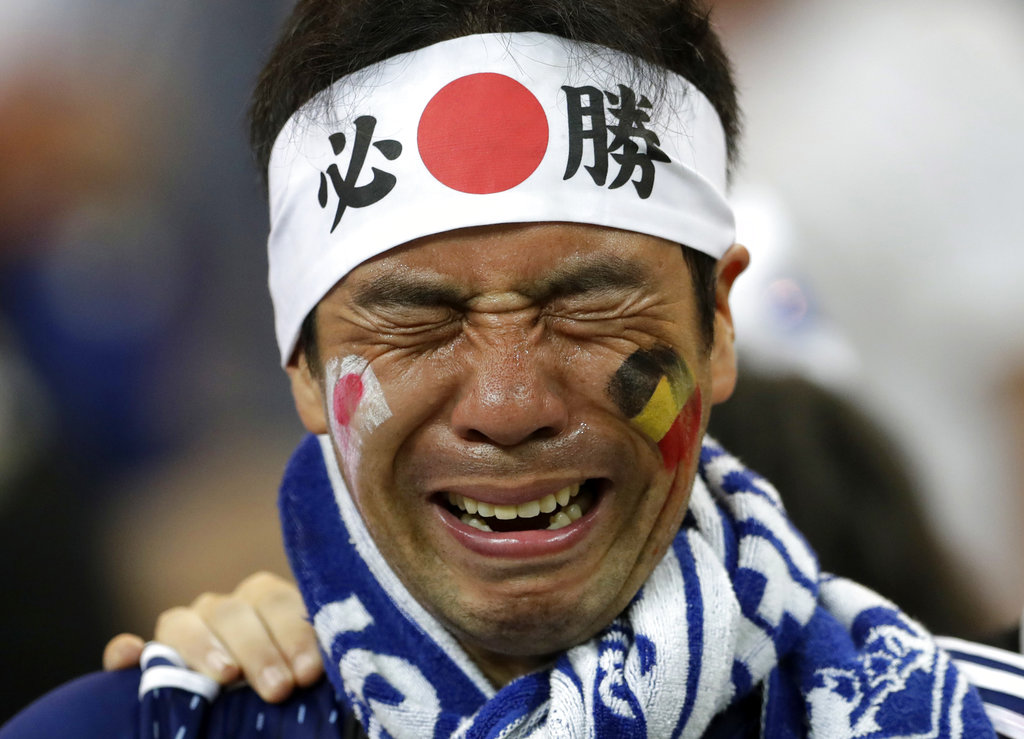 A Japan supporter cries after losing the round of 16 match between Belgium and Japan at the 2018 soccer World Cup in the Rostov Arena, in Rostov-on-Don, Russia, Monday, July 2, 2018. (AP Photo/Petr David Josek, File)

Many people feel devastated after their favorite team loses. That raises some legitimate questions: Why suffer? Is it even rational to be a sports fan?

Recent research suggests that it might not be. On average, soccer, the most popular sport on the planet, makes people a lot less happy. The lesson is that if you’re strongly attached to your local team, you might be better off if you decide to disengage — starting right now.

Peter Dolton and George MacKerron of the University of Sussex linked several large data sets. To measure people’s happiness, they used millions of reports from tens of thousands of people, mostly in the U.K., who recorded their levels of happiness at various times in the day, and who also reported on what they were doing during those times.

They also used data on all English and Scottish soccer matches during the 2011, 2012 and 2013 seasons. The data included the date, the odds and the results.

By connecting the happiness data with the soccer data, they could see how people’s happiness was affected by the outcome of the match. They made reasonable assumptions about which team people were most likely to support, based on where they lived and which matches they had attended in the past.

For those who actually attended matches, both wins and losses had a significantly larger impact on happiness (not surprisingly). But the difference between the two persisted: If you took the trouble to go to the stadium, your suffering after a loss would be much greater than your pleasure after a win.

At this point, you might be wondering about the effects of expectations. In a famous paper, David Card and Gordon Dahl found a significant increase in domestic violence after National Football League games — but only when the home team suffered an upset loss. Maybe soccer fans are fine with losing, so long as their team wasn’t expected to win?

Dolton and MacKerron investigated that issue as well. Not surprisingly, they found that a loss had a more severe negative impact on people’s happiness when their team was expected to win than when it was expected to lose. Importantly, however, they found that people really did suffer when their team lost, even if that was anticipated. So fans didn’t adapt to expectations.