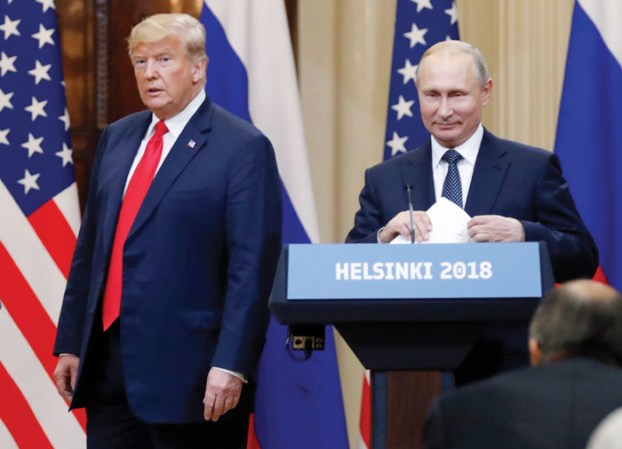 Ed Rogers: What’s next for Republicans after Trump shreds his credibility? 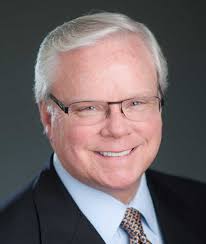 On Monday, I tweeted about the summit between President Donald Trump and Russian President Vladimir Putin — and it seems to have hit a nerve among Republicans. I wrote: “GOP better be thinking about what to do about a [president] who has an odd affinity to Putin who is a murderous liar that seeks to undermine America. Seriously how do you corral that? What is realistic? We are on notice.”

But he didn’t do any of that. Trump wasn’t so much bested by Putin; the Russian leader mostly just stood there. Rather, Trump was just compliant and submissive, nearly fawning over Putin. Without a doubt, Putin is more powerful now than he was before the summit and Trump is weaker.

Okay, so here we are. What is the plan for Republicans to make chicken salad? The Trump presidency is wounded, and it is uncertain what that means for the Republican Party. The party is frozen, and no one knows what happened. But there is a palpable sense that Republicans have lost something.

As I said, we are on notice. Something ain’t right. However, what to do about it is even less clear. In politics, bad gets worse. Trump, until now, has skewed that truism by orchestrating a world in which one gaffe or calamity is so quickly overtaken by the next that none of them sink in and have much impact.

But Helsinki might be different. Trump’s credibility and judgment are shredded. But we won’t have a sense of whether this is a lasting disturbance in the Republican universe until several more days pass. Repeatedly I have thought, “Holy mackerel, Trump has really done it this time,” only to be proved wrong.

Democrats and their allies in the media want Republicans to quit and surrender. Some fantasize about a Republican-led impeachment. None of that is going to happen. Even if Democrats could take control of the House and pass a bill of impeachment, there’s no way it would get 67 votes in the Senate to convict.

But I don’t know what options Republicans have now. Will most Republican leaders just grin and bear it? Everyone will make statements, and a few will pile on. A few will claim that there is nothing to see here and that everyone should just move on. Some will default to non sequitur attacks on special counsel Robert Mueller. After all, foreign policy doesn’t drive any votes. Right? But then what? What do Republican voters want? I do not wish that Hillary Clinton was president. I do not wish that she was guiding the economy. I’m glad that she is not picking judges. But I do wish that Clinton met with Putin on Monday instead of Trump.

The bottom line is that Republicans have Trump for at least the next 2 1/2 years. Leaders around him in Washington and elsewhere should be asking what damage control can be done for the country. That means Republicans will need some sort of assessment going into the midterms and beyond.

So far, I think most of the damage has been to pride, to patriotism and to the stature of the office of the president. But today, Trump is weaker in the United States, within the GOP and around the world. That has consequences, and it can’t be corrected with a Sarah Huckabee Sanders statement or some other surrogate’s effort at cleanup. We are in uncharted territory.

Ed Rogers is a political consultant and a veteran of the Ronald Reagan and George H.W. Bush White Houses.

Bloomberg Opinion Many people feel devastated after their favorite team loses. That raises some legitimate questions: Why suffer? Is it... read more