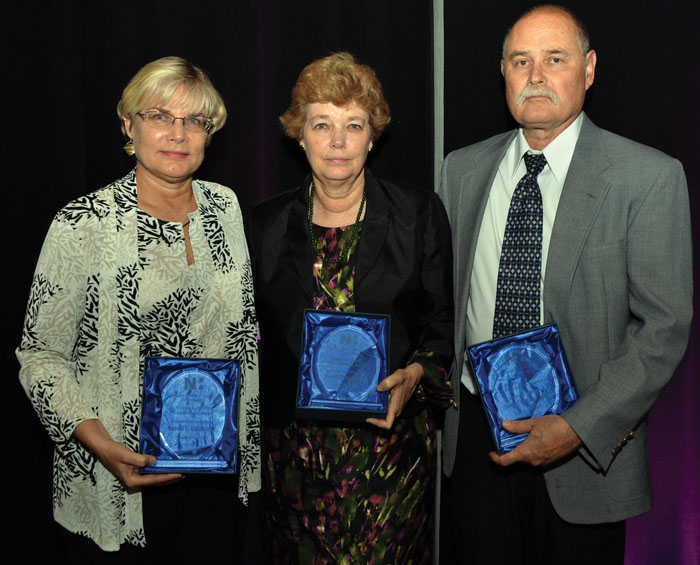 The Novant Health Rowan Medical Center Foundation celebrated the support received from its donors during the annual Donor Appreciation Dinner and Recognition Ceremony May 31.

More than 130 guests attended the event held at the Catawba College Peeler Crystal Lounge. The evening also served as a night of remembrance to memorialize 14 special friends of the foundation who passed away in 2017.

Harold C. Earnhardt posthumously received the Wilson L. Smith Philanthropic Award in honor and memory of his many contributions to the foundation and the community.

Gregg Evans received the inaugural Tippie H. Miller Volunteer of the Year Award in honor of his many dedicated hours in service to Rowan Medical Center.

Tippie’s children, Bobby Miller and Sharon Earnhardt, along with grandson Chase Earnhardt, were in attendance to present the award on behalf and in memory of their mother.

Through the support of its donors, the hospital foundation is able to accelerate the mission of Rowan Medical Center.