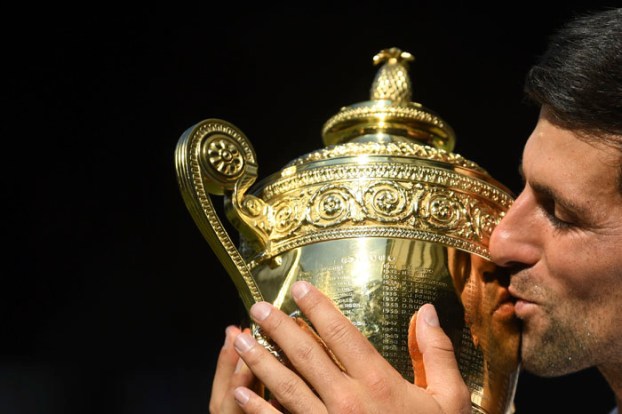 Novak Djokovic of Serbia kisses the trophy after defeating Kevin Anderson of South Africa in the men's singles final match at the Wimbledon Tennis Championships in London, Sunday July 15, 2018. (Neil Hall/Pool via AP)