Randy Kirby: Who tells the story of us? 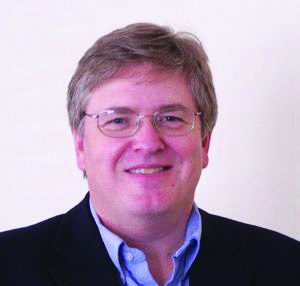 For Father’s Day some of my family got me a kit from “23 and me.” It’s a company that does genetic testing and tells us where we are from. They can identify the countries where our ancestors lived.  They can tell us the story of where we have been. I admit I am fascinated by it.

All my life I have heard the stories of my family. We are not a royal family. We fall into the category of having been thrown out of some the best countries in Europe. For instance, France had given religious rights to Protestants after the reformation. But when those rights were revoked in 1685, protestant Christians were given two weeks to convert to Catholicism or become religious refugees. 40,000 French Huguenots fled for their lives. Some of my ancestors were Huguenots. During the American Revolution they fought to preserve the freedom of religion they found in America.

Another ancestor of mine was from Ireland. John Lewis got into trouble defending his family in a property squabble and came to America to avoid arrest. He was hired to lead the settlement of the frontier in Augusta County, Virginia. He was Presbyterian. He was contentious. The Lewis family fought in the American Revolution. He is a part of my story.

The History Channel has a wonderful series called “America: The Story of Us.” It tells many stories that have shaped the identity of America. These stories from the past tell us about who we are in the present.

One of the episodes talks about the Statue of Liberty and the arrivals at Ellis Island. It reminds us that we are a nation of emigrants. The plaque on the pedestal of the Statue of Liberty reads: “Give me your tired, your poor, your huddled masses yearning to breathe free, The wretched refuse of your teeming shore. Send these, the homeless, tempest-tossed to me, I lift my lamp beside the golden door!” We are a nation of emigrants. This is “the story of us.”

It is also the story of the people of faith in the Bible. In Deuteronomy 26, the children of Israel are told after they arrive in the promised land, they are to make offerings to the priests. Then they are to declare, “A wandering Aramaean was my ancestor; he went down into Egypt and lived there as an alien…” This is the story of Jacob, who was renamed Israel. He was the Aramean. He lived as an alien in Egypt. His family was treated harshly. They were enslaved. They struggled. They called out to God, and God brought them into the promised land.

The story of the people of faith is a story of struggle. It is also “the story of us.” One of my favorite writers says that how we tell our story is as important as the story we tell. How we tell “the story of us,” particularly the struggles, shapes how we face struggles in the present and the future.

I recently came across the story of Billy Carter. President Jimmy Carter has recently written a book about faith. In the book, he shares stories about faith and his family. President Carter is frequently associated with Habitat for Humanity. Over the last 32 years, he has been involved in the construction of 4,000 habitat homes.

His mother Lillian had an equally impressive life story. At the age of 68, Lillian volunteered for the Peace Corps. She ended up in a health clinic in India caring for lepers, among others. After she came back to the United States and her message was simply, “we are never too old to serve.”

Then there is Billy. Billy made a point of being irreverent. He was quick to tell a joke. He was often considered a buffoon. He endorsed his own beer label. He became what some considered a hopeless alcoholic. He made mistakes on an international scale.

He was once asked if he thought himself to be peculiar. He paused, and responded, “Look, my youngest sister is a Holy Roller preacher, the other one spends half her time on a motorcycle, my mother joined the Peace Corps when she was about 70 years old, and my brother thinks he is going to be President of the United States! Which one of us do you think is most normal?”

Yet, according to President Carter, it is Billy who served as an inspiration to him. Some years before his death, Billy entered rehab and never drank again. He reconciled with his family. He led a productive life. He traveled around the country, telling his story of struggles with addiction, with a message of healing and forgiveness.

Often, people dealing with their own struggles were able to relate to Billy’s down-to-earth story, his engaging sense of humor, and his simple faith. President Carter writes that even as Billy was dying of pancreatic cancer, he could “fill the room with laughter.”

For Christians, “the story of us” is a story of faithful people who come through struggles and are befriended by Jesus. Who discover themselves healed and forgiven; and follow faithfully where Jesus leads. Confident that it is Jesus who rescues us, it is never to late to serve when Christ calls. Thanks be to God! Amen!