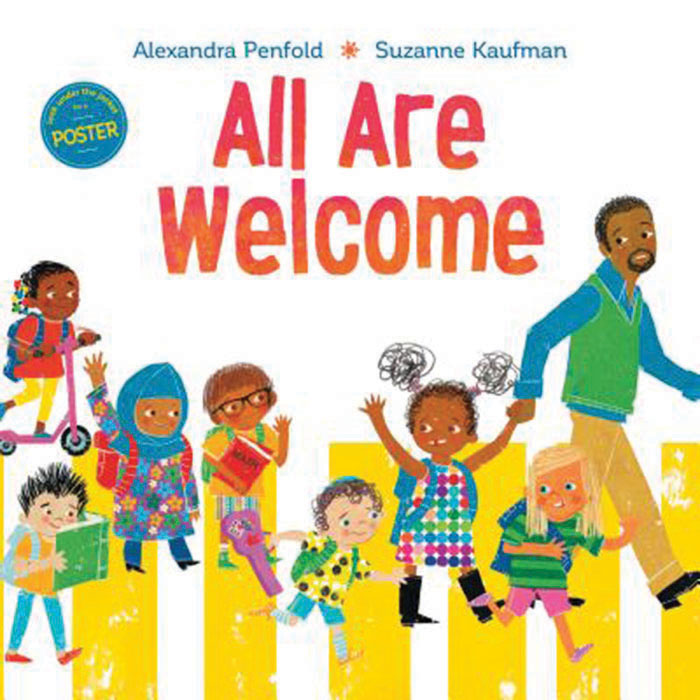 The Brightly website is a great source for parents and all those who want to find good children’s books that will develop a love of reading and teach gentle lessons along the way.

The site recently published a list of the best children’s and young adult books for July. Here are some of their picks:

“All are Welcome,” by Alexandra Penfold, illustrated by Suzanne Kaufman. The book “follows a group of children through a day in their school, which is a happy place where everyone plays together, regardless of their background. Whether they wear patkas, hijabs or yarmulkes, all of the children and their traditions are respected in this school, reminding readers that no matter our differences, everyone should have a safe place to learn and grow.”

“Never Satisfied: The Story of the Stonecutter,” by Dave Horowitz. “In this modern retelling of a Japanese folktale, Stanley the frog is a stonecutter who wishes to be a businessman. Magically, that’s what he becomes! Then he wishes to be a king, the sun, and the wind. Each time he becomes more powerful. Until he wishes to be the strongest thing he can think of — a stone — and finds that his happiness is short-lived. Bright and bold illustrations add to the hilarity of this familiar be-careful-what-you-wish-for tale.”

“Star Wars Maker Lab,” by Liz Lee Heinecke and Cole Horton. “Another installment of the award-winning Maker Labseries, this new book sparks creativity and develops Star Wars fans’ skills in the arts and sciences through hands-on learning and fun. Make your own Death Star with a working tractor beam, build an Ewok catapult, and mix your own trail of slime just like Jabba the Hutt — lots of out-of-this-world fun, all with everyday household items!” 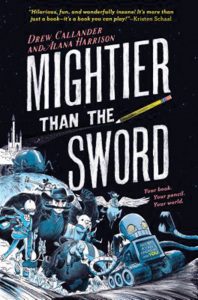 “Mightier Than the Sword,” by Drew Callander and Alana Harrison, illustrated by Ryan Andrews. “This interactive, playful book calls upon the reader to bring the land of Astorya to life. As the reader, you are a superhero in this fictional world. Armed with your handy-dandy pencil, you have the power to control your own story! You must write, draw, and puzzle your way through a hilarious adventure to rescue Prince S. from the evil Queen Rulette.”

“I Am Still Alive,” by Kate Alice Marshall. “Jess is 16 years old and still reeling from the unexpected death of her mother when she’s sent to live with her dad in his remote cabin. Then her father is murdered and she suddenly finds herself completely stranded, with only her father’s dog for company. Can she survive all that the harsh, cold Canadian wilderness throws at her? Will she track down her father’s killer? Once you pick up this riveting survival story, you won’t be able to put it down.” To be released July 24.

“The Cheerleaders,” by Kara Thomas. “Monica’s sister was one of five cheerleaders that died in quick succession, all under mysterious circumstances. Five years later, Monica is finally ready to find out what really happened to those girls. Will she find that some secrets are best left buried? Dubbed the Queen of Suspense, Kara Thomas expertly weaves together mystery and drama for a story so heart-pounding and full of twists you’ll be guessing until the very end.” To be released July 31.

“Willa of the Wood,” by Robert Beatty, who writes the Serafina series. “Move without a sound. Steal without a trace. Willa, a young nightspirit of the Great Smoky Mountains, is her clan’s best thief. She creeps into the homes of day-folk in the cover of darkness and takes what they won’t miss. It’s dangerous work—the day-folk kill whatever they do not understand. But when Willa’s curiosity leaves her hurt and stranded in a day-folk man’s home, everything she thought she knew about her people —and their greatest enemy — is forever changed.”

Randy Kirby: Who tells the story of us?