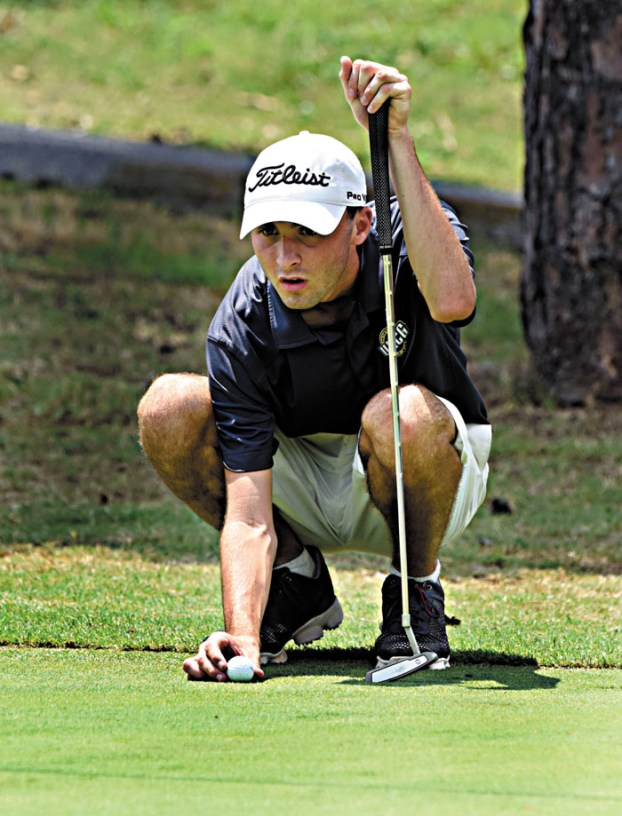 It’s a long way from over at the Eastern Amateur, one of the major summer golf events.

“I can’t go out there on Sunday and start playing too conservative or I’ll lose the lead,” Lyerly said. “So the game plan is going to be the same as the first three days. I’ve played really smart golf so far, and I have to continue to do that.”

“I had to scramble for par on one hole today, but I hit 16 greens in regulation,” Lyerly said. “I did run a few birdie putts 5 feet past the hole and  had to grind out the pars.”

As well as Lyerly, a rising sophomore at UNC Greensboro, has played, some golfers made up ground on him on Saturday. Appalachian State’s Tripp Summerlin picked up a stroke on Saturday, shooting 66, and is in second place at 11-under.  Summerlin was runner-up in the Sun Belt Conference Tournament, while Lyerly was the individual champion at the Southern Conference Tournament. Virginia Commonwealth’s Alston Newsom matched Lyerly’s 67 on Saturday and is 9-under for the tournament, six shots off the pace.

Radford’s Peter Gasperini had the low round on Saturday with a 63 and is tied for fourth at 8-under with Wake Forest’s Kengo Aoshima, who shot 64 on Saturday.

James Madison’s Walker Cress, who starred at Concord High, shot 66 on Saturday and surged up the leaderboard into a tie for 12th. He shot 70 and 69 the first two days.

Lyerly will tee off in the last group today at 12:20 a.m. He’ll be playing with Summerlin and Newsom.