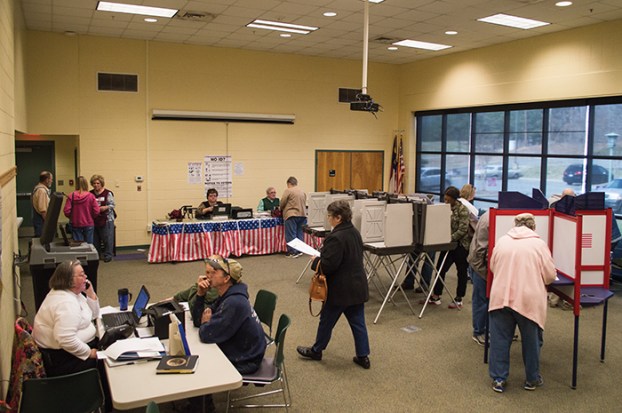 The North Carolina General Assembly thought better of its recent vote to eliminate voting on the last Saturday before Election Day. That’s a popular day for voting in Rowan and many other areas of the state. So, for this year at least, early voting is restored on that Saturday.

But many questions remain as local election boards across the state — including Rowan’s — grapple with how to implement the convoluted mandate handed down by the General Assembly for polling places.

When the Rowan County Board of Elections meets this week, it should act with the goal of maximizing not just the hours that polls are open — the legislature pretty well answered that question — but also the number of polls that are open. The three early-voting sites that Elections Director Nancy Evans suggested may not be enough.

The Republican-controlled legislature has forced local election officials into a tight spot. Lawmakers lengthened the number of days and hours when early-voting polls must be open, but they provided no funds to pay workers for the extra hours. That’s why officials like Evans are proposing a limited number of early-voting sites. Something’s got to give. As a Pitt County election official said, “We’ve been buffaloed.”

Democracy North Carolina and the ACLU recently sent a letter to the Rowan elections board recommending that it open more sites for early voting. They pointed out some demographic trends: “Black voters particularly relied on the sites in Spencer and Cleveland, making up 33 percent of all voters at the Spencer site and 27 percent of all voters at the Cleveland site,” the organizations’ letter said. Now that this fact has been highlighted, the elections board should look seriously at expanding beyond the sites in Rockwell, southern Rowan and West End Plaza. Parts of the county are being left out. More early voting sites were open for early voting in 2014, a similar election year.

With an eye toward making access to  early voting fair, the Board of Elections could ask commissioners for the funds to do this.

These are rocky days for the state’s election boards. Each one now hastwo Democrats and two Republicans. They must unanimously approve early voting plans by July 20, or the state board will decide for them. So far, boards in Orange and Wake counties have not been able to agree on their plans, which kicks the decision up to the state board.

The Rowan County Board of Elections should make its own decision and reach consensus to serve more than three areas of the county during early voting.

… Letter: Socialism stifles creativity and promotes mediocrity You are so wrong. Capitalism can and has gone much too far,... read more