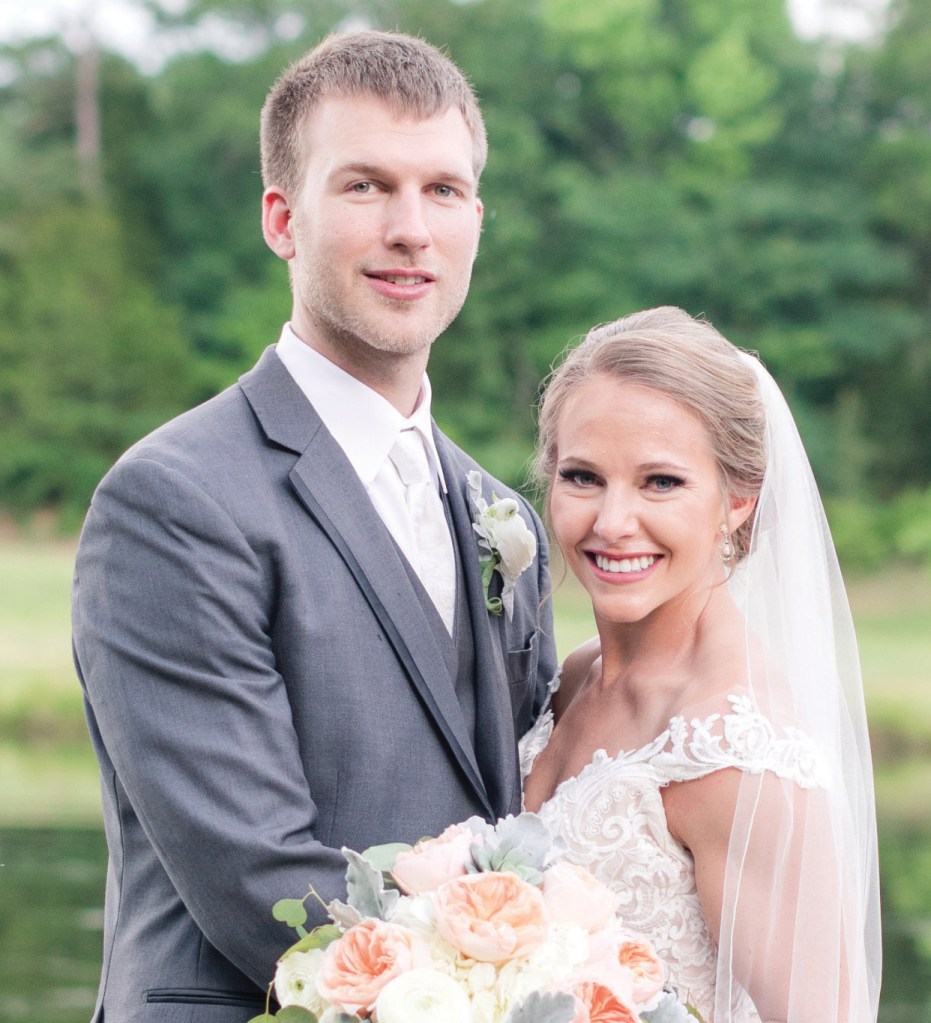 The bride was escorted by her father, Scott Brown. Attending as her maid of honor was Lacey Maners of Charlotte. Matrons of honor were Nicole Tyndall of Charlotte and Rachel Smith of Salisbury. Bridesmaids were Paige O’Guin of China Grove, Emily Mancil of Greenville, S.C. and Lindsay Loyd of Huntersville.

Guest registrars were Whitney Adams and Mac Adams of Rockwell.

The bride is the daughter of Scott and Bonnie Brown of Rockwell and the granddaughter of Wayne Morgan of Salisbury. A 2010 graduate of East Rowan High School, Charlotte received her bachelor of science in exercise science from the University of North Carolina at Charlotte in 2014. She received her doctorate of physical therapy from Winston-Salem State University in 2017. She is employed at Care First Rehab.

The groom is the son of Gary and Ricki Mancil of Salisbury. A 2009 graduate of East Rowan High School, William received his bachelor of science in athletic training from the University of North Carolina at Charlotte in 2013. He received his doctorate of physical therapy from Elon University in 2016. He is employed at Results Physiotherapy.

Following a honeymoon in St. Lucia, the couple are making their home in Apex.